Here's the sequel to my first soccer quiz, The Laws of Soccer Part 1. I will deal with the last seven Laws of the Game, plus some other soccer things. Have fun!

Quiz Answer Key and Fun Facts
1. Law 11 - Offside. If a player is offside, what action does the referee take?


Answer: Awards an indirect free kick to the opposing team

"It is not an offence in itself to be in an offside position. A player is in an offside position if he is nearer to his opponents goal line than both the ball and the second last defender [the last defender being the goalkeeper.]." -- FIFA Laws of the Game Handbook 2002, pg 24.
2. Law 12 - Fouls and Misconduct. Which of the following things would a player get a red card for?


Answer: Deliberately spitting at an opponent.


Answer: The referee raises his/her arm in the air until the kick has been taken and has touched another player.

"The referee indicates an indirect free kick by raising his arm above his head. He maintains his arm in that position until the kick has been taken, and the ball has touched another player, or goes out of play."--FIFA Laws of the Game Handbook 2002, pg. 28.
4. Law 14 - The Penalty Kick. If, on a penalty kick, the ball does not enter the goal, the kick is re-taken?

The player taking the kick only gets one chance. He may score on a rebound if the ball has touched another player first, but the kick is not re-taken.
5. Law 15 - The Throw-in. In order to execute a proper throw-in, which conditions must be met by the player who is throwing it in?

If the player fails to meet all of these conditions, a throw-in is awarded to the opposing team.
6. Law 16 - The Goal Kick. When the ball is kicked on a goal kick, it only has to go outside the 6 yard box.

The goal kick must be taken anywhere inside the six yard box; and is in play as soon as it is kicked and moves. If it doesn't the kick is retaken (such as bal in wrong place or ball is not stationary).

This rule was modified in 2018. Previously, the ball had to come out of the 18-yard box (the penalty area). If it didn't, the kick was re-taken. The 6 yard box is that small box in front of the goal net, inside the 18-yard box.
7. Law 17 - The Corner Kick. Is the goalkeeper allowed to take a corner kick?

However, the goalkeeper may not touch the ball with his hands, because any ball-handling by the goalkeeper outside the 18-yard box is deemed a hand-ball.
8. What is the technical area?


Answer: A designated seating area off the field of play where the coach(es) and non-fielded players must sit or stand.

"The technical area extends 1 m (1 yd) on either side of the designated seating area and extends forward up to a distance of 1 m (1 yd) from the touchline."--FIFA Laws of the Game Handbook 2002, pg. 38.
9. Scissor or bicycle kicks, are permitted if it is not dangerous to an opponent. True or false?

If the referee thinks that the player who did a scissor kick was not causing any danger to anyone on the field, it is permitted.
10. What is the punishment if a player deliberately denied an opponent of an obvious goal-scoring opportunity, by grabbing his arm or shirt?

In addition to a red card, it is a free kick opportunity for the team.
Source: Author Lucy_Girl 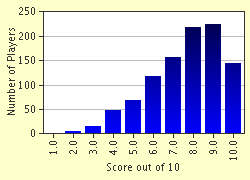 
Other Destinations
Explore Other Quizzes by Lucy_Girl