This quiz is on random episodes of the hit Warner Brothers show, "Friends".

In "TOW Underdog Gets Away", Rachel asks him for a $100 advance so she can go to Vail with her family for Thanksgiving, and he says, "Rachel, Rachel, sweetheart. You're a terrible, terrible waitress. Really, really awful."
2. How many of the Friends aren't an only child?

Phoebe has her sister, Ursula, and her half-brother, Frank. Monica and Ross are siblings. Joey has his seven sisters. Rachel has her two sisters, Jill and Amy. Chandler is an only child.
3. On what television soap opera did Joey play Dr. Drake Ramoray?


Answer: Days of Our Lives

Joey's character was killed off the show in season 2 in "The One Where Dr. Ramoray Dies", and came back as a woman in Dr. Drake Ramoray's body in season 7's "The One With Joey's New Brain".
4. What volume of an encyclopedia set did Joey buy?

Joey spends Chandler's fifty dollars on it because he can't afford the whole set, which cost $1,200. He wanted to learn more about vomit and the Vietnam War. He brought it from guest star Penn, of Penn and Teller.
5. What high school did Monica and Rachel go to?

Rachel, Monica, and Ross all went to the same high school. They mentioned this in the "Friends" pilot.
6. What season did Ross and Rachel first start dating?

Ross has had a crush on her since the ninth grade. Rachel finds out he loves her. They started dating after Ross breaks up with Julie, who he re-meets on a dig in China.
7. What does Chandler's fellow office worker think his name is?

Chandler doesn't have the guts to tell him the truth.
8. Which of the following people did Chandler start dating first?

Joanna was Rachel's boss back when she worked at Bloomingdale's. Kathy was one of Joey's acting classmates and Joey's girlfriend until she broke it off to date Chandler.
9. What clothing company did Rachel work at before she was pregnant?

She has a job there as the divisional head of men's sportswear. They mentioned this in "TOW Rachel's Big Kiss".
10. How many sisters does Joey have?

Chandler drunkenly kissed one of them and couldn't remember which one he kissed.
Source: Author augusta123 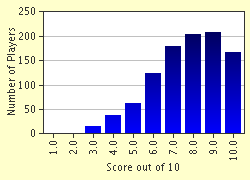 
Other Destinations
Explore Other Quizzes by augusta123