Are You A True "Friend"? Part Two Quiz

"How you doin'?" Here's a second part to my quiz. It's even easier than the first quiz so all of you "Friends" fans should have absolutely no problem with this. Good luck!

Quiz Answer Key and Fun Facts
1. Who stole Ross's monkey, Marcel, and made him wear a tutu?

Mr. Heckles tried to pass Marcel off as his monkey after Rachel accidentally lost him. Mr. Heckles admitted that the monkey wasn't his after Animal Control came looking for the owner.
2. Everyone knows that Ross's first wife, Carol, is a lesbian. She left him for a woman named Susan. What is Susan's last name?

After going to the copy room at Rachel's job, Phoebe comes back with an awesome tale about a major makeout scene with Ralph Lauren. Trying to get on the good side of her boss, Rachel spills the gossip. Later, we find out that Phoebe actually played tonsil-hockey with the copy guy, not Ralph Lauren.
4. Joey once wore every article of clothing that Chandler owned. What did Chandler hide of Joey's that made him do this?

"Could I BE wearing any more clothes?" - Joey imitating Chandler as he comes into Monica's apartment wearing every article of Chandler's clothing.
5. Who walked Phoebe down the aisle when she married Mike?

Chandler walked Phoebe down the aisle on her big day with Mike. Joey married the couple and Ross got to hold a smelly dog. Ahh...the bliss of holy matrimony.
6. Monica has her towels in how many different categories?

Monica broke Paul's watch when she sees it on the floor in her apartment after the break-up. P.S.- this quiz was originally submitted with an incorrect name. Thank you to all the people that responded to the quiz and notified me of my error.
8. When the engagement ring Phoebe was supposed to be guarding for Chandler is accidentally sold, what does Chandler say to the purchaser to get it back from him?

Chandler had his heart set on a certain engagement ring for Monica. When the ring is accidentally sold to another customer, Chandler and Phoebe track down the guy who bought it. Chandler tells the man that Phoebe is his ailing fiancee and only wants that ring and they convince him to switch for a more expensive ring.
9. Frank, Phoebe's brother, married a woman named Alice who was twice his age and just happened to be one his school teachers. What subject did Alice teach?

Frank and Alice got married in spite of Phoebe's protest. Being more than twice his age, Alice wasn't able to have children with Frank so they later ask Phoebe to carry their baby. Phoebe, as we all know, agrees and ends up having triplets.
10. Who scared Rachel into thinking that she and Emma would be left all alone by Ross after the baby was born?

After giving birth in the same hospital, Janice comes to visit Rachel in her room. Janice tells her that she admires Rachel for being so brave considering that she has to raise Emma all alone.
Source: Author EChelle822 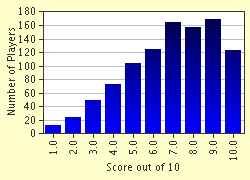 
Other Destinations
Explore Other Quizzes by EChelle822