Scrubbing Up Your 'Scrubs' Music Quiz

How well do you know the songs sung and featured in 'Scrubs'? Here's a quiz to get you thinking, and singing along.

Quiz Answer Key and Fun Facts
1. Who sings the main theme from 'Scrubs?'

The Blanks is the name of Sam Lloyd's (who plays Ted) band.
2. From the 100th episode, what song is JD listening to in his bubble bath on his iPod?

In this scene you also catch JD eating Elliot's body butter. She later smells it on his breath.
3. Colin Hay made two cameos on 'Scrubs'. Which two songs does he perform on the show?


Answer: 'Overkill' and 'Land Down Under'

'Overkill' is performed Season 2, episode one, where Colin Hay actually follows JD to and around work. 'Land Down Under' features in one of JD's fantasies, where he imagines Kim giving birth, and as a twist Colin Hay comes out to sing, prompting JD to say "I was wondering what that song was about".
4. In season Five, Turk joins an airband. At the end of the episode 'My Half-acre', what song do they perform?


Answer: 'More than a Feeling' - Boston

Nickleback and Deep Purple have never performed, or had a song featured, in 'Scrubs'.
5. What is the original name of Ted's band?

Sweaty Teddy is the nickname his mum calls him, and yes, Ted's band sang at Carla's wedding AND reception after the band failed to show.
6. What is the band created by Janitor, to impress Elliot, known as?

Janitor's band is made up of Troy and Randall.
7. Ted's band perform at Carla's baby shower. What jingle do they perform for her?

They claim it's the only song they know with the word 'baby' in it.
8. Janitor's band covered which song in the A Capella band competition?

Janitor originally claimed he was in a band to impress Elliot, or as he calls her, 'Blonde Doctor'.
9. In the episode 'My Musical', in Carla's feisty song to Turk, what nationality does Turk believe Carla is?

This is an argument Turk and Carla constantly have. She is in fact, Dominican.
10. What song, performed by Ted's band, did Turk and Carla dance to at their wedding?

When the band doesn't show up for the reception, Ted and his band are paid double what Turk paid for the church. Turk hands over $20 and gets $4 change- bargain!
Source: Author ozzz2002 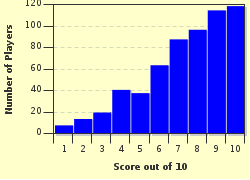