Child actors ran rampant in 1980 TV shows. Match the actor with the show he/she was on. This is the last in a series of quizzes.

Tempest starred as Vanessa Huxtable in the NBC series "The Cosby Show" from 1984 to its end in 1992. Tempest's first job was on a commercial for Frosted Flakes. When she emerged from "The Cosby Show", Tempest was in several reality shows. She starred as Anthony Anderson's wife in the short lived NBC series "Guys With Kids".
2. Mary-Kate/Ashley Olsen

The girls became fashion icons and won the Women's Designers of the Year award in 2014.
3. Jamie Luner


Answer: Just the Ten of Us

Jame Luner starred as Cindy Lubbock in the ABC series "Just the Ten of Us" from 1988 to 1990. "Just the Ten of Us" was a spin-off of the ABC series, "Growing Pains". After the series ended, Jamie went to culinary school. Her career in TV has included "Peyton Place", "Melrose Place", "Savannah", and the last season of NBC's "The Profiler". Jamie took over the role of Liza Colby in "All My Children". Jamie has acted in several Lifetime TV movies.
4. Tina Yothers

Tina was already heavy into show business when she won the role in the NBC hit, "Family Ties". She played Jennifer Keaton from 1982 to the show's demise in 1989. After the series, Tina sang in her brother's band, appeared in several reality shows, and then settled down with marriage and family in 2002.
5. Darius McCrary

Darius McCrary played eldest child Eddie Winslow on the ABC and CBS series "Family Matters" from 1989 to 1998. "Family Matters" was a spin-off of the ABC series "Perfect Strangers". After the series, he acted in several movies and did a three year stint as Malcolm on "The Young and The Restless". In 2015, Darius was arrested for failing to pay child support.
6. Fred Savage

Fred Savage starred as Kevin Arnold on the ABC series, "The Wonder Years" from 1988 to 1993. Fred already had a movie and TV series under his belt before he joined "The Wonder Years". After the series ended, Fred graduated from Stanford with a degree in English and began producing and directing for TV. Fred married his childhood sweetheart in 2004 and they raised three kids.
7. Alicia "Lecy" Goranson

Alicia Goransen starred as the original Becky in the ABC hit series, "Roseanne". Sarah Chalke took over the role of Becky in season seven when Lecy began college at Vassar. Lecy opted out of shooting scenes at Vassar as the production company did for Sara Gilbert during her Yale days. After graduating Vassar, Lecy took more of an interest in theater than TV.
8. Wil Wheaton

Wil Wheaton starred as Wesley Crusher in the spin-off to "Star Trek" known as "Star Trek: The Next Generation" from 1987 to the finale in 1994. After the series ended, Wil went on to do episodic television, including playing himself in guest spots on the CBS series, "The Big Bang Theory". Wil and his wife, Anne, have two children.
9. Rob Stone

Rob was twenty-three when he starred as teenager Kevin Owens on the ABC series, "Mr. Belvedere" from 1985 to 1990. Rob didn't like acting as much as he did producing and started his own production company for documentaries. He and his wife lived in Los Angeles.
10. Alfonso Ribeiro

Alfonso first starred as Alfonso Spears in the NBC series, "Silver Spoons" from 1982 to 1987. Before and after "Silver Spoons", Alfonso has led quite a life. He starred in a PBS series, a Broadway play, and a dancer in a Michael Jackson Pepsi commercial.

After "Silver Spoons", Alfonso played Carlton Banks, and won the nineteenth season of "Dancing with the Stars". In 2015, Alfonso took over as host of "America's Funniest Home Videos".
Source: Author pennie1478 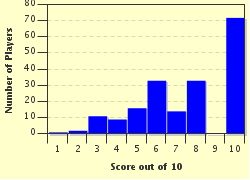