This is my first quiz. It's about the airline industry. Enjoy!

Quiz Answer Key and Fun Facts
1. Founded in 1999, this airline had its first flight from their hub at JFK to Fort Lauderdale, Florida. What is this airline?

JetBlue's focus cities include New York (JFK), Long Beach, Boston, Fort Lauderdale, Washington (Dulles) and Orlando. Oakland used to serve as a focus city, but has since been downgraded.
3. If you got on a plane from Point Hope, Alaska to Cape Lisburne, Alaska, what airline would you be flying?

Southwest Airlines has 11 non-stop flights from Reno-Tahoe. Horizon has 3, United has 4 and American has 2.
5. Which airline serves as a hub for Luis Munoz Marin International Airport near San Juan, Puerto Rico?

The history of ExpressJet Airlines has been complicated. As at the end of 2011, it had merged with Atlantic Southeast Airlines, operating under its old name.
7. Which US airport calls itself a "Sunport"?

John Wayne Airport is in Orange County, California between the cities of Santa Ana, Irvine and Newport Beach.
10. Dallas Love Field is a focus city for what airline?

Southwest Airlines has a focus city at Dallas Love Field. American Airlines has their hub in Dallas/Fort Worth
Source: Author 2404567 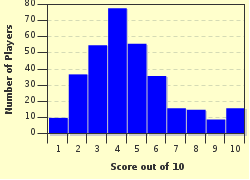 
Other Destinations
Explore Other Quizzes by 2404567