Airlines of the World Trivia Quiz

A set of questions about some of the many airlines operating all over the globe.

Quiz Answer Key and Fun Facts
1. What is the oldest airline still operating under its original name?

Qantas was set up in 1920, Northwest and Lufthansa were both set up in 1926 and KLM (Koninklijke Luchtvaart Maatschappij) was set up on October 7, 1919. KLM is now a subsidiary of the Air France-KLM Group after being bought by Air France in 2004, however it is still operating under its own name.
2. What airline carried the most passengers in 2005?

American Airlines carried 98 million passengers in 2005 with second placed Delta carrying only 86 million. Source: IATA World Air Transport Statistics 2006.
3. Which of these low-cost airlines is not based in India?

Air Blue is based in Pakistan and was established in 2003. It has been very successful, handling its millionth passenger in March 2006.
4. What colour is associated with EasyJet?

EasyJet was one of the first low-cost carriers, set up in 1995 by Sir Stelios Haji-Ioannou. The orange colour is a distinctive part of the branding for this airline. Sir Stelios is a holder of Greek and British passports and he was knighted in 2006 for services to entrepreneurship. EasyJet has grown very quickly in its first 11 years and operates over 200 routes between more than 65 European airports.
5. Which of these wasn't flying internationally in 2007?

Southwest is one of the largest airlines in the world yet only flies within the United States. It pioneered the low-cost business model for airlines which has been copied by many of the newer airlines.
6. Which of these European Airlines is not operating?

SABENA was the national carrier of Belgium. It was established in 1923 but went bankrupt in 2001 following a very unsuccessful linkup with SwissAir and the recession in the airline market that followed the September 11 terrorist acts.
7. Which of these is a French airline?

All are British based carriers apart from Brit Air which is based in Brittany in France. It was established in 1973 and operates mainly as a franchise for Air France.
8. MALEV the flag-carrier of what country?

MALEV Hungarian Airlines was founded in 1946.
9. Which of these is not a Japanese Airline?

Asiana Airlines is based in South Korea. It is an international airline and was established in 1988. All the other airlines operate from Japan. All Nippon is a large domestic and international carrier, second only to Japan Airlines. Hokkaido International Airlines is a low-cost domestic carrier. Skymark Airlines is another mainly domestic Japanese carrier.
10. Which of these is a Mexican Airline?

Aero California is an airline based in La Paz, Mexico and was established in 1960. All the others are based in the United States.
Source: Author stuleeds 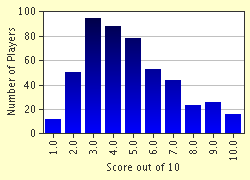 
Other Destinations
Explore Other Quizzes by stuleeds