Surprise....surprise! Not only Hitler was his "friend"....Take this quiz and learn more about some of Benito Mussolini's life and friends.

Quiz Answer Key and Fun Facts
1. Benito Amilcare Andrea Mussolini was born the 29 July 1883 in a small Italian town in Forli. In which Italian province is Forli located?

His father Alessandro was a blacksmith and a socialist, and her mother Rosa was a devoutly Catholic schoolteacher. Interestingly, Mussolini was named "Benito" after Mexican revolutionary reformist President Benito Juárez.
2. In 1902, Mussolini emigrated to this country where he could not find a permanent job but became very active in the Socialist Party organizing meetings, giving speeches and calling for general strikes.

Mussolini emigrated to Switzerland to avoid military service. He was deported in 1903 for false papers; he came back again for a little while, but in 1904, he returned to Italy to take advantage of an amnesty for desertion, for which he had been convicted.
3. The Francisco Franco-led Spanish Nationalists, who were inspired by Mussolini's ideals, were on the victorious side of a horrendous civil war. How was Franco officially known after winning the war and taking power?

From 1936 through 1939, Mussolini provided huge amounts of military support to the Nationalists in the Spanish Civil War. This active intervention on the side of Franco further distanced Italy from France and Britain. As a result, Mussolini's relationship with Adolf Hitler became closer since Germany was also strongly supporting Franco.

After WWII started, Hitler and Mussolini asked repeatedly to Franco to officially enter the War on the Axis side. Many historians say that several of the most memorable Hitler's scenes of fury were due to the refusal of Franco to "return the favour" for the German and Italian help given to him during the Spanish Civil War.
4. One of Mussolini's aims was to transform Italy in a true world empire. Which African country did his troops invade and occupy in 1935?

Emperor Haile Selassie was forced to flee the country, with Italy entering the capital city, Addis Ababa to proclaim an empire by May 1936, making Ethiopia part of Italian East Africa. Ethiopia or Abyssinia as it was called at the time, was the only country along with Liberia, which had avoided European domination in Africa until then.
5. Adolf Hitler's Nazism was inspired in Mussolini's fascist philosophy.

Building a police state, reducing powers of parliament, start a massive public construction programmes and government initiatives to combat economic setbacks or unemployment levels, heavy propaganda and a lavish cult of personality, the dream to forge a new Roman Empire, the despise of western democracies (especially the UK and France) and a strong armed forces were some of the basis of fascism which were later taken and perfected by Hitler.
6. Who visited Mussolini in Rome convinced that after some concessions he would enter the approaching WWII on the Allies side?

In January 1939, the British Prime Minister Neville Chamberlain visited Rome, during which visit, Mussolini learnt that Britain very much wanted better relations with Italy, and was prepared to make concessions to it in order to avoid a war.
7. This general was the military "attaché" in Rome's embassy of his country before WWII. He admired and was inspired by most of Mussolini's policies to later apply them in his country. Who was this famous general?

Perón was assigned by the War Ministry to study mountain warfare in the Italian Alps in 1939. He also attended the University of Turin and served as a military observer in Italy. He studied Benito Mussolini's Italian Fascism, Nazi Germany, and other European governments of the time. He returned to Argentina in 1941, and served as an Army skiing instructor in Mendoza.
8. This aristocrat wrote a massive diary which was an invaluable piece after the end of WWII to understand Mussolini's regime. Which position did this person hold from 1936 to 1943 in Mussolini's government?

Count Gian Galeazzo Ciano was Foreign Minister of Fascist Italy from 1936 until 1943 and Benito Mussolini's son-in-law. On 11 January 1944, he was shot by a firing squad at the behest of Mussolini, under pressure from the Nazis because of Ciano's increasing opposition of keeping Italy in the war and his obvious and regular contacts with the Allies.
9. On 24 July 1943, "The Grand Council of Fascism", the actual "government" of Italy at the time, voted 19 against 7 to force Mussolini to leave power. But he ignored it. Who was the person who on the same day effectively stripped Mussolini of all powers?

He was called to the royal palace by King Victor Emmanuel III, who had been planning to oust Mussolini earlier. When Mussolini tried to explain to the king, Victor Emmanuel cut him off and told him that he was being replaced by Marshal Badoglio. After Mussolini left the palace, he was arrested by Carabinieri on the King's orders.
10. On 27 April 1945, Mussolini and Claretta Petacci were captured by Communist partisans. The day after, she and Mussolini were taken to Mezzegra and shot. Who was Claretta Petacci?

The partisans gave Claretta the options of running away or being shot. She chose to stay. They say when the bullets were fired to kill "Il Duce" she suddenly interposed her body to protect her lover, killing her first. On the following day, 29 April, Mussolini's and Petacci's bodies were taken to the Piazzale Loreto in Milan and hung upside down for the Italian people to see and verify that Mussolini was indeed dead.
Source: Author VANEYK 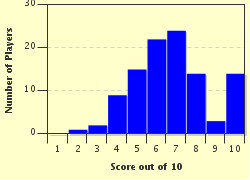 
Other Destinations
Explore Other Quizzes by VANEYK