Cigarette commercials on US TV and radio were banned in 1970. However, the industry's marketing was so powerful that even today some of those classic TV commercials are still remembered. Enjoy the quiz.

Quiz Answer Key and Fun Facts
1. This cigarette brand encouraged its prospective customers to "Come to where the flavor is, come to ____________". Where did the advertisers want the viewers to go?

Sadly, David McClean, one of the actors who appeared in several Marlboro ads, died of cancer. His family later sued the tobacco industry.
2. Smokers of what cigarette brands would rather "fight than switch"?

Tareyton featured a charcoal and white filter tip. At the end of the commercial an actor with a black eye would quote their "I would rather fight than switch" mantra.
3. "Newport smokes ________________ than any other ___________ cigarette". What two words complete this 1960s cigarette commercial jingle?

The jingle aired on US TV during the 1960s. The ad featured the cigarette's white filter, menthol and mint flavors and "great tasting tobaccos".
4. A 1961 Muriel Cigar commercials featured a sexy Edie Adams asking what question?


Answer: Why don't you pick one up and smoke it sometime?

The commercial stated you could enjoy real smoking pleasure without inhaling. It was marketed as a "small cigar with the light taste".
5. What feature sets Oasis cigarettes apart from its competitors, according to their commercials?


Answer: The tobacco was gently misted

The commercial (that began airing in 1961) promised that "just like the mist of the morning dew refreshes a flower and keeps it fresh all day, the tobaccos used in Oasis are misted with menthol for the softest and most refreshing taste of all".
6. What cigarette brand promised that its product was "cool and refreshing as a summer shower"?

Newport's jingles featured its special combination of menthol, mint and the world's finest tobaccos. The refreshing summer shower commercial appeared in 1962.
7. "___________ tastes good like a cigarette should." What goes in the blank?

The commercials advertised that Virginia Slims provided "taste for today's woman" with rich Virginia flavor and a cigarette "tailored slim to fit a lady's hand and lips".
10. What famous actor was featured in a 1985 commercial air by the American Cancer Society urging people to quit smoking? It aired just after his death from lung cancer.

Brynner asked to film the ad and requested it aired after his death. In it he said "Now that I'm gone I tell you don't smoke...whatever you do just don't smoke." Other stars that recorded similar commercials included John Wayne, Sammy Davis Jr. and William Talman.
Source: Author bigwoo 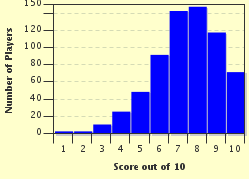