Since I have been born and raised in Georgia, I decided to do some research. I was both shocked and pleased to learn that some of the most famous celebrities are also Georgia Natives. This quiz is dedicated to these famous individuals.

Quiz Answer Key and Fun Facts
1. Of the following singers, which one was born in Georgia?

Monica was born Monica Denise Arnold. Usher was born in Texas, Mississippi was Brandy's birthplace and Eve called Pennsylvania home. In 1995, Monica released her debut album entitled, "Miss Thang".
2. Actress Dakota Fanning was born in Conyers, Georgia. Of the following choices, which film did Dakota star in, as Emily Callaway?

Dr. David Callaway (Robert De Niro) was shocked to find his wife, lying dead in the couple's bathtub. Callaway's wife had committed suicide. After the shock wore off, Callaway, a psychologist, decided to move him and his daughter from New York City to upstate New York.

After the move, his daughter (Emily Callaway, played by Dakota Fanning) became close to her imaginary friend, named Charlie. David became concerned when the Callaways' cat was found dead in a bathtub and Emily said Charlie is responsible.
3. In what city was Ray Charles born?

Ray Charles Robinson was born on September 23, 1930. Ray was ranked number two by "Rolling Stone Magazine" on their list of the "100 Greatest Singers of All-Time".
4. It really is a small world. On the ABC series "Private Practice", two of the stars were born in Georgia. To which duo of celebrities am I referring?

"Private Practice" premiered on September 26, 2007 on the ABC network. The series was a spin-off of "Grey's Anatomy". Chris Lowell was born on October 17, 1984 in Atlanta. On December 14, 1977, KaDee Strickland was born in Blackshear, Georgia.
5. Before he was a part of one of the most famous comedy teams of all-time, he was born in Georgia. Which funnyman was a Georgia native before he hit stardom?

Hardy had starred in more than fifty short films by 1915. Sadly, Oliver Hardy died on August 7, 1957. Hardy's comedy partner, Stan Laurel, died on February 23, 1965. Laurel was born in Ulverston, Lancashire, England. Even though he was born in Georgia, both Laurel and Hardy died in California. Ironically, Larry Fine, Groucho Marx, and Bud Abbott died in California, but were born in other states.
6. Amy Grant was born in Augusta, Georgia in 1960. What fellow singer did Grant wed in 2000?

Amy Grant married Vince Gill on March 10, 2000. The couple had a daughter, named Corrina, on March 12, 2001. Vince Gill was born in Oklahoma.
7. Which actress was married to Alec Baldwin, at the time she won her first Academy Award?

Basinger was married to Ron Snyder from 1980-1989. In 1993, Kim married Alec Baldwin. Basinger and Baldwin divorced in 2003. Basinger was born in Athens, Georgia.
8. A little known fact: Julia Roberts guest-starred in a 1988 episode of what drama series?

Roberts guest-starred in the season four episode titled, "Mirror Image". Julia won her first Academy Award for "Erin Brockovich" (2000). However, it was her second Academy Award nomination. Roberts was also nominated for "Steel Magnolias" (1989). Julia was born in Atlanta, Georgia.
9. Among the following four Georgian country artists, which singer was born in Monticello, Georgia?

Yearwood won the award for "Top New Female Vocalist" at the Academy of Country Music Awards in 1991. Trisha attended Young Harris College. Brenda Lee was born in Atlanta. In the city of Newnan, Alan Jackson was born. Travis Tritt was born in Marietta.
10. Which famous reality show host/household name was born in Dunwoody, Georgia? 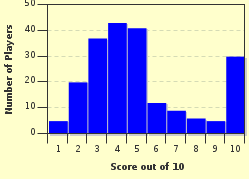 
Other Destinations
Explore Other Quizzes by REALITYFANATIC