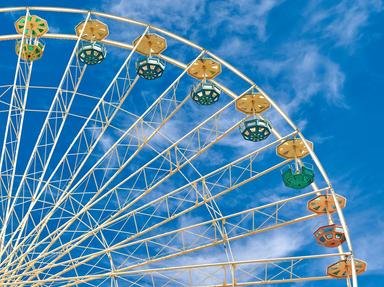 A horrible crime has been committed; Mr. Boddy has been killed with an arrow. There are nine suspects. We'll begin by questioning them all, and then you determine in the final question whodunit.

Share on Facebook
Share on Twitter
Share by E-Mail
Author
salami_swami
Time
5 mins
Type
Multiple Choice
Quiz #
351,035
Updated
Dec 03 21
# Qns
10
Difficulty
Average
Avg Score
6 / 10
Plays
367
Awards
Top 35% Quiz
This quiz has 2 formats: you can play it as a or as shown below.
Scroll down to the bottom for the answer key.

Quiz Answer Key and Fun Facts
1. "Look at this; we found this piece of green cloth at the crime scene. You are known for wearing green. Care to explain, Link?" From which video game series does Link, archer extraordinaire, appear?


Answer: The Legend of Zelda

Could Link have killed Mr. Boddy?
2. "Apple remnants were found on the arrow. We believe this means you killed Mr. Boddy. You did receive high marks for the games when you shot an apple from a pig's mouth between the judges. And you have a taste for blood." Which character are you interrogating?

Katniss Everdeen was first introduced to the world in 2008, when Suzanne Collins released her novel "The Hunger Games", the first in a trilogy starring Katniss. Katniss, an excellent archer, became irritated with the judges during her trials before the games; and shot an arrow in an apple that was in a pig's mouth. The judges found her deadly accurate aim to be quite impressive, and gave her high marks (high enough to be a threat, but not so high as to become an early target).

Would Katniss be to blame for Mr. Boddy's recent death?
3. "Hawkeye, we know it was you who shot Mr. Boddy with your arrow. You left your belt buckle at the crime scene." Hawkeye, portrayed by Jeremy Renner, appeared in 2012's "The Avengers". In which other movie did he make a cameo appearance?

Hawkeye wears purple garb in the comics, but in both "Thor" (2011) and "The Avengers" (2012), Hawkeye is in black attire. Renner said the reason for his outfit looking so different was so that it seemed more "reality-based" than fictional. It worked, too; in the films, Hawkeye appeared to be more like a regular guy with an amazing archery ability that a cheesy superhero wearing spandex.

Mr. Boddy is dead; was it by Hawkeye?
4. "You're a Brave little girl, aren't you, to loose another arrow, straight into Mr. Boddy! You turned your mother into a bear, after all; I wouldn't put it past you to use your archery skills to kill an innocent man. Besides, the red hair found at the crime scene proves it was you." "Brave" was released in 2012 by Pixar featuring a red-haired girl. She was angry with her mother, and found a spell to change her... into a bear. What was the name of the girl from "Brave"?

In "Brave" (2012), Merida is forced to be married by her mother, Queen Elinor. A contest was held to see which first born would take Merida's hand in marriage. Merida decided to fight for her own hand, and put all three boys to shame with her superb archery skills.

Infuriated by her mother, Merida runs away and stumbles upon a witch, and is given a spell to change her mother. Unfortunately, the spell turns her mother into a bear, instead of simply changing her mind as Merida had hoped. I won't spoil any more of the movie for you.

Could Merida have loosed the arrow, killing Mr. Boddy?
5. "We found a yellow hat at the crime scene, Robin Hood. It must belong to you, who else could it have been? That means, of course, that you killed Mr. Boddy, so you might as well confess to the murder now." Robin Hood is a famous figure in English folklore. However, he was originally a real person.

Robin Hood is, in fact, myth. Him and his "Merry Men" supposedly lived in the Nottingham Forest, stealing from the rich and giving it to the poor (could this be a horrible sin, or a gracious deed?), but he was not a real person (though his story was based on real outlaws). Robin Hood himself is simply folklore, fable, myth.

Could Robin Hood have been the culprit who shot an arrow into Mr. Boddy?
6. "Legolas, admit it, you killed Mr. Boddy. Witnesses who saw the silhouette claimed to have seen pointy ears. It must have been you who killed him." Legolas is from "Lord of the Rings", but what kind of creature is he?

Legolas first appeared in J. R. R. Tolkien's "The Fall of Gandolin" (1917). Though he appears in many of Tolkien's stories, he is most noted as being a character from the "Lord of the Rings" series. Orlando Bloom portrayed Legolas in film adaptations.

Is Legolas to blame for the tragedy of Mr. Boddy?
7. "You need to be more careful walking around if you are to murder someone. We found a paw print at the crime scene, so we know the killer was not human. That leaves you, and we have an inkling you had your pal Spyro help you out." What is the name of the cheetah archer from "Spyro the Dragon" games?

Hunter the Cheetah first appeared in the second game of the "Spyro" series, "Ripto's Rage" (1999). He trained and sometimes challenged Spyro to help him along his journey. He was a hit, and was found in many "Spyro" games as an ally of Spyro, and a close friend. In some games, one can even play as Hunter and use his archery ability.

Would Hunter's animal instincts take over, and he kill Mr. Boddy?
8. "I have my suspicions that it was you who killed Mr. Boddy. I believe Aslan sent you to do his dirty deed, and he chose you to do it. I know it was you because you left your red-feathered arrow at the scene of the crime." One of the Pevensie children from the "Chronicles of Narnia" series is an excellent archer. Which one?

Did Susan use her arrows against Mr. Boddy?
9. "We found a feather near Mr. Boddy's body, so it must have been you, Pit. You are a winged angel; so you are the likeliest suspect. Don't lie, we know it was you who is to blame." Pit is from which series of video games?

Pit was first introduced in "Kid Icarus", released in 1986. He is the main protagonist of the game. Pit is a unique game character because he was developed based on three huge franchise names; he can jump like Mario ("Super Mario Bros."), use enhanced abilities like Link ("Legend of Zelda"), and shoot enemies like Samus ("Metroid").

Is it Pit we should be accusing of murder?
10. Taking each piece of evidence individually, it was difficult to arrive to a conclusion. But, taking all nine clues, they somehow came together to pinpoint exactly which of the nine archers murdered Mr. Boddy. The green cloth, apple remnants, belt buckle, red hair, yellow hat, pointy ears, paw print, red-feathered arrow, and a feather; it all has come together, and one suspect stands out above the rest. So that's it; of the nine suspects, have you deduced who killed Mr. Boddy?

Robin Hood fits the bill, and was thrown in jail for the murder of Mr. Boddy. But it wasn't just any Robin Hood, it was discovered to have been Robin Hood from the 1973 Disney film; ah yes, a fox! How did he fit each clue?

The green cloth: originally, Link was blamed for the cloth, but Robin Hood, too, wears green.
Apple remnants: Katniss did indeed shoot an apple with her arrow, but Robin Hood did as well.
Belt Buckle: Hawkeye was blamed for murdering Mr. Boddy because of a belt buckle, but Robin Hood also wears a belt and needs a buckle.
Red hair: Accusing Merida for the red hair was all wrong; and in fact, it was a shorter piece of red fur.
Yellow hat: This was claimed to belong to Robin Hood, and it was, indeed, his hat left at the scene of the crime.
Pointy ears: Legolas, as an elf, had pointy ears; but Robin Hood, a fox, would also have such ears.
Paw print: Since Robin Hood is a fox, he, too, would leave a paw print, and Hunter the Cheetah did not leave this evidence after all.
Red-feathered arrow: Both Susan Pevensie and Robin Hood carry arrows with red feathers on the end.
Feather: Aah, this was said to belong to Pit, so you may have assumed it was a white feather that was found from his angel wing. What was not said was that it was really a red feather that was found, such as the one found in Robin Hood's hat!
Source: Author salami_swami

This quiz was reviewed by FunTrivia editor kyleisalive before going online.
Any errors found in FunTrivia content are routinely corrected through our feedback system.
Related Quizzes
1. Ten Suspects, Ten Crimes Average
2. Classic 'Whodunits' Difficult
3. A Variety of Crimes Difficult
4. The Show Must Go On Average
5. Couches and the Potatoes That Inhabit Them Easier
6. Won't Get Fooled Again Easier
7. Tarzan, King of the Jungle Average
8. That's Not Fair! Average
9. Beautiful, Dirty, Rich Average
10. The "Good" Entertainment Quiz Average
11. It's Never Too Late -- Words that Inspire Action Easier
12. I'm Not Buying It Easier

Go to Entertainment by Themes Quizzes