A few interesting facts about ten gemstones for you. The photo clues to the answers are either easy, or just a little bit more challenging. Have fun.

Quiz Answer Key and Fun Facts
1. The ancient Greeks and Romans believed that diamonds were created by which touching method?


Answer: Tears from the gods

Other beliefs about diamonds were that they were splinters from twinkling stars, or they were found at the end of each of cupid's arrows. They also believed that if a soldier wore one into battle, it would give him extra strength and courage. More prosaically, diamonds come from approximately 100 miles below the surface of the earth and they find their way to the surface areas by volcanic eruptions.

They are the hardest of substances, and the only thing that can put a scratch on them is one from another diamond. Oh, this is very interesting: Scientists believe that there is a planet in the Milky Way that is comprised of one third diamonds (carbon), and a star that is a pure diamond of ten billion, trillion, trillion carats.

This has been given the name Lucy after the Beatles song, "Lucy in the Sky With Diamonds".
2. Which country is the world's largest producer of emeralds?

Emeralds are found in thirty different countries right around the world, but Colombia is by far the biggest producer of this precious gem. Between 50-90% of the world's emeralds come from there. The true emerald is one that is green in colour only. These are named after the Latin word for green - "smaragdus".

It's just a bit puzzling to see how that connection came about. Those who practise alternative religions use emeralds to promote a calm and peaceful centre to the being. Many natural emeralds undergo a treatment to remove any imperfections before release to the public.

This includes filling in any minute cracks with a green tinted oil. This however can lessen their value and it is a practice frowned upon by purists.
3. The most precious of rubies usually come with just a hint of blue. After what creature are these named?

These subtly coloured gems, known as "pigeon's blood", are found in Myanmar, Thailand and other countries in south-east Asia. The origin of the word ruby is a little more logical than that of emeralds. It is "rubens", which is Latin for red. The most valuable of rubies all have that slight trace of blue in their shading, and there is seldom ever a ruby found that is without imperfections of some kind. Perhaps that's what makes their beauty even more appealing. Like emeralds, rubies are treated to improve their colour and strength. An ancient Indian belief associated with rubies is that they help create peace between enemies.

If you dream of a ruby, this is supposed to mean you will know love and money. Other interesting myths associated with this beautiful gem include the following: In some areas of the world, a ruby was always buried in the foundation of any new building being erected because it was believed that this strengthened the building's foundation. If a ruby worn by anyone appeared to look darker than normal, that person was in danger. And any woman wearing a ruby was transformed into a true beauty.
4. The largest sapphire in the world, up until 2015, was found in what place?

Queensland is a north-east state of Australia, and that sapphire weighed an incredible 733 carats. It is known as "The Black Star of Queensland". The sapphire's name though originates from the Greek word "sapheiros" which means blue. Most sapphires are a lovely shade of this colour, but they can also come in pink, purple and yellow. Unlike emeralds, which are found all over the world, sapphires are only found in south-east Asia, China, parts of the US and Australia. Alternative health practitioners believe that the sapphire promotes spiritual enlightenment and helps heal rheumatism, mental illness, depression - and, of all things, colic. Sapphires and rubies are members of the corundum family of gems.
5. What is the only gem made by a living creature?

The good thing about harvesting a pearl from an oyster is that the oyster, if you're kind, doesn't have to be killed, but can be replanted to grow another truly lovely gem. All molluscs can create pearls, given the right conditions. For example, saltwater pearls come from oysters and freshwater pearls come from mussels. Every pearl is a unique creation. No two are alike.

This is part of their eternal allure. In 1917, the famous jeweller, Pierre Cartier (1878-1963) purchased the mansion that became his equally famous store in Fifth Avenue, New York, by trading two pearl necklaces for it.

At that time, these were worth one million dollars. Did you know that the practice of pearl cultivation is known as periculture?
6. Which of the following gems was once particularly associated with spirituality and magic?

Long associated with spirituality and magic, the moonstone is a beautiful gemstone with the impossibly dull genetic background of sodium potassium aluminium silicate. Used as jewellery dating back to at least ancient Greek and Roman times, it was believed by those people to have been created from solidified moonbeams. Now that is much more romantic, isn't it? The glow found within this lovely gem is created by light reflecting off its internal fragments of crystal. Beliefs once associated with the moonstone were that it attracted love, success, clarity of mind and prosperity.

Many travellers also took one with them on their sojourns away from home because of their belief in its protective qualities.
7. How was it once believed the lovely tourmaline was given its many colours?


Answer: By a journey along a rainbow

The name tourmaline comes from the Sri Lankan "tura mali", which translates to "stone of many colours", and that perfectly describes this lovely gemstone. It comes in an incredible array of different shades. Not only that, but tourmalines also appear to change colour depending on the angle on light which catches their surface. Mined everywhere all over the world, the tourmaline is believed to strengthen the body, spirit, nervous system and blood - and inspire creativity.

The myth behind its origins is that this lovely stone's many colours were produced during its original journey along a rainbow on its way to earth.
8. Practitioners of alternative medicines believe that andalusite can help relieve which problem?

This exquisite gemstone was named after Andalusia, an area of Spain in which it was first unearthed. Because the andalusite is a fairly "new" gem, it is still rather unknown to the general public. It is to be hoped however that the acquaintance improves.

It is way too lovely to sink into obscurity. Known deposits of this stone occur in Spain, Canada, Russia, Australia, Brazil, Madagascar, Sri Lanka and the US. The relative "youth" of the andalusite means that, as yet, various myths haven't had time to develop.

It is said, however, that it gives a wearer the ability to read another's character and to rationally judge any developments without emotion. Alternative health practitioners believe it helps with eye problems, can boost calcium and iodine levels, enhance the memory, and relieve problems of fluid retention.
9. An usually named gem found only in the foothills of the Himalayas has a three part name, the second and third of which is usually, though not always, hyphenated. Can you work it out from the photo clue?

The maw sit-sit, or sit sit, comes in beautiful shades of green, and can be found only in the foothills of Himalayas, not far from the mines of Burma. Ranging in colour from bright emerald to dark green, the patterns found within the stones are really lovely.

This unusually-patterned gem was only identified in 1963 by a Swiss gemologist, and given its equally unusual name after the town near which it was found. It's a shame he didn't have more of an imagination. With a similar appearance to jade, the maw sit sit is, however, not considered to be that precious stone. Nor has it been around long enough for mythical backgrounds to develop. So, just sit-sit back and enjoy its appearance instead.
10. Can you work out the name of the last precious gem from the pictured clue?

Peanut wood is considered petrified wood and not a fossil. It is wood that has been turned into stone. However, it is also not normal petrified wood. Before it underwent that metamorphosis, it was first swept down into the ocean by various floods, or melting glaciers and the like, during which time it began to resemble driftwood.

The next stage in its evolution was an onslaught by a sea creature called the shipworm. These created small bore holes and tunnel like structure throughout the wood, which caused the wood to become water logged and sink. Resting on the bottom of the sea-floor, those small holes over time became packed with assorted brightly coloured sediments, before being buried completely under layers of mud and further sediment. That is when the petrification process began.

The result today for this really striking gem, found only in Australia, is amazing. It has been described as looking like small pieces of peanut floating in amber, and truly, that just about sums up its loveliness.
Source: Author Creedy 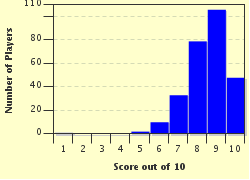