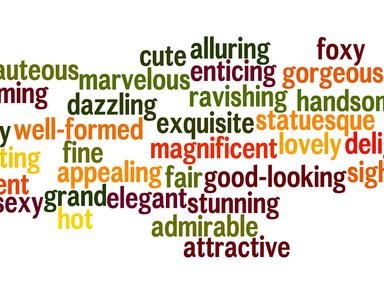 Quiz Answer Key and Fun Facts
1. "Joseph and the Amazing Technicolor Dreamcoat" was the second musical collaboration between two titans of British theater. Who are they?

Webber and Rice's first collaboration was called "The Likes of Us", but that wasn't performed until 2005 (at the Sydmonton Festival in Hampshire). "Joseph" was originally a 15-minute cantata in 1968, but over the years it's been expanded to almost two hours, produced several albums and in 1999 was filmed as a straight-to-video production starring Donny Osmond. "Any Dream Will Do" is its most famous number.
2. In 2006, the act Backseat Goodbye (Chad Sugg) recorded an album called "Nightmares Are For Dreamers", from which a single landed on iTunes' Top 100 Folk Songs chart. What's the missing word? "I love living life with you by my side you're a smart kid with a beautiful smile and oh god those technicolor _____"

"Technicolor Eyes" references Johnny Cash, "Eternal Sunshine of the Spotless Mind" and "Friends".
3. According to Barry Humphries in his Barry McKenzie strip from the sixties (and also according to my college roommates), what is a 'technicolor yawn'?

Other 'colorful' terms for regurgitation include Talking to Ralph on the Big White Telephone and Burp to the Ninth Power. Humphries also came up with "pointing Percy at the porcelain", which has a nice, alliterative ring to it.
4. An American actress once said "Technicolor makes me look like death warmed over". Who was this two-time Best Actress Oscar winner of "Jezebel" and "Dark Victory"?

Davis won her Oscars for "Dangerous" and "Jezebel", and she was nominated for eight others (including "Now, Voyager" and "Whatever Happened to Baby Jane?"). She was the first woman to serve as president of the Academy of Motion Picture Arts and Sciences.
5. The 14 Hour Technicolour Dream was a benefit concert (for the counterculture newspaper "The International Times") held in London in 1967. Which colorful band headlined the event and played songs from its new album "The Piper at the Gates of Dawn"?

Pink Floyd made their appearance at five in the morning, after Soft Machine, Yoko Ono and others had already played. The audience numbered around 7000 to see the show (and share a bit of, um, chemical refreshment). "The Piper at the Gates of Dawn" was Floyd's first album.
6. In a great 1950 movie, the character Norma Desmond says "You are... writing words, words, more words! Well, you'll make a rope of words and strangle this business! But there'll be a microphone there to catch the last gurgles, and Technicolor to photograph the red, swollen tongues!" What was this Billy Wilder movie?

Norma Desmond was played, of course, by Gloria Swanson. She and three of her co-stars (William Holden, Erich von Stroheim and Nancy Olson) were nominated for the big four acting Academy Awards, but none of them won (though the film DID win for Best Screenplay, Best Music and Best Art Direction).

The most famous quote from the movie is Desmond's "All right, Mr. DeMille, I'm ready for my close-up."
7. The Technicolor process for coloring movies was hurt by the Great Depression, and studios decided that it wasn't worth the cost to continue using the technology. But one movie maker decided to take a chance on Process 4 of Technicolor, and the ensuing cartoon "Flowers and Trees" won the Academy Award for Animated Short Film. Who was this man?

Disney negotiated a three-year exclusivity contract for the Process 4 system, running from 1932 to 1935, and during those years Disney cartoons were the only ones able to use the new 'three-strip' technology. "Three Little Pigs" came after "Trees and Flowers", and it's now preserved in the National Film Registry of the Library of Congress.
8. One of the risks of a certain procedure is what dentists call 'technicolor teeth'. What's the procedure?

If you have veneers or crowns and you get your teeth whitened, the whitening won't affect the porcelain or the metals, and you'll end up with multi-colored tooth surfaces.
9. A song from a 1941 movie says "I can stand the sight of worms / And look at microscopic germs / But Technicolor pachyderms / Is really too much for me". What's the movie?

In "Dumbo", our elephant hero and his friend Timothy the Mouse accidentally get drunk and are treated to one of the scariest sequences in Disney history, with multicolored elephants marching, playing instruments and being generally creepy. There's a cocktail called "Pink Elephants on Parade", which is made from vodka, Midori and pink lemonade.
10. The Technicolor cameras moved from the set of this movie to that of "Gone With the Wind" because they weren't needed any longer--all the black and white scenes were shot at the end. What 1939 Oscar-winner was it?


Answer: The Wizard of Oz

Dorothy's slippers were changed from silver (in the Baum novel) to ruby to take full advantage of the Technicolor process. The movie won its Oscars for Best Song ("Somewhere Over the Rainbow") and Best Score, but got shut out for Best Picture (to "Gone With the Wind").
Source: Author john_sunseri 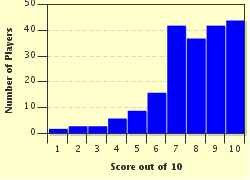 
Other Destinations
Explore Other Quizzes by john_sunseri