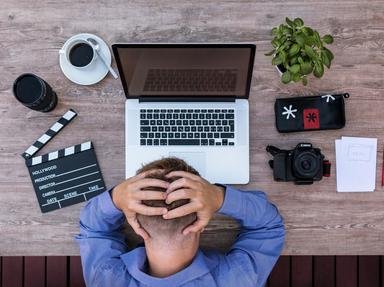 Here at the Working Class Hero Employment Agency we find jobs for people who want to be heroes-- while making a living--but don't want to be bitten by radioactive spiders and stuff like that. Come meet ten of our clients.

Quiz Answer Key and Fun Facts
1. Our first client is a Ms. Alice Verboten who wants a job in the beauty industry. I offer to turn her into Volcanic Mud Bath Mixmistress! All she has to do is mix volcanic ash, peat moss and geothermal spring water. She'll be a hero to anyone looking to be exfoliated. She turns the job down due to the smell. What is the problem?

Geothermal spring water does smell of sulphur. For this reason spas generally add lavender or eucalyptus to cover up the sulphur and also to add aromatherapy to the bath. The peat moss makes the mud softer. The hot spring water kills germs so the same mud can be used over and over. Mud baths are said to soothe aching muscles and joints, detoxify the skin and generally provide relaxation.
Ms. Verboten really pulled the plug on this mud bath job.
2. Next through the door is Hiram Cheap. Hiram wants to work with animals so I send him out to be Chicken Sexer Man! When he found out what the job entailed he flew the coop. What activity would Hiram be doing in this job?

Chicken sexers separate male baby chicks from female baby chicks. The female chicks are fed a different diet to promote quality egg production. The male chicks are fed a diet to improve the meat. Sexing chickens can be done either by looking at differences in the feathers or by opening up their anal vent and looking for the male's "bump" for lack of a more family-friendly word.
It is too bad Hiram did not take this job. I think he would have been an impeccable employee.
3. Ms. Bea Minor walked into the employment office. She said she loved bird-watching so I made her Statue and Building Pigeon Poop Cleanerwoman! See how my mind works? Anyway, what is a good reason to clean up pigeon poop?


Answer: It can carry disease

Pigeon poop can contain diseases. Even dried pigeon poop can be dangerous because it can flake off and the disease-ridden flakes can become airborne. Inhaling the dust from dried pigeon poop can actually be deadly. It is called "pigeon lung". Another problem with pigeon poop is the weight. One professional who cleaned up 80 cubic feet of poop from a tower estimated the waste at 1,440 pounds.
I had a pigeon roosting on my deck once. I would have tried to get rid of it but it could predict the future. It was an omen pigeon.
4. Tripping through my door next was a Mr. Jim Shorts. "Light on your feet, aren't you?" I asked him. "How would you like to be Gandy Dancer!" He thought dancing would be a good way to meet some ladies. I don't know if being a gandy dancer would help with that, though. Where does a gandy dancer work?

A gandy dancer straightens railroad track, tightens nuts, replaces rotten ties and clears the track of obstructions. Traditionally gandy dancers travelled up and down the line on handcarts--carts that rode on the rails and were powered by moving a handle up and down. Nowadays they travel in trucks that have been adapted to ride on the rails.
Unfortunately Mr. Shorts turned down his chance to be a railroad hero. He said it required too much training.
5. Harry Vaderci is newly arrived from Italy and wants a dangerous job. I have the perfect thing for him: Smoke Jumper! Thinking that cigarettes are bad for one's health, Signor Vaderci balks until I tell him what a smoke jumper does. What did I tell him they do?

Smoke jumpers jump out of airplanes to get to forest fires. The benefits are that they can reach remote fires that ground vehicles may not be able to get to and they can get to fires more quickly than going by land. The disadvantages are that they cannot bring all the tools a land-based crew could bring, because they are in so remote an area they are on their own if the wind shifts or anything untoward happens and there is a slight risk of being injured in the jump itself.
After I explained what a smoke jumper does, Harry was no longer too hot for the idea.
6. My next client, a Miss Colleen Allcarz, walks in wearing a stunning hat. "Like my hat?" she asks. "Feel it. It's felt." I felt the hat. "Feels like felt. How would you like to be the superhero who dries felt hats?" What would be her onomatopoeic name?

A whizzer operates a machine that spins felt hats at the factory to remove water. Do you know how they can tell if the hat is done? The hat must be felt.
Some other job titles dealing with hats include: wool-hat hydraulicker (shapes wool hats), fast-brim pouncer (smoothes hat brims), devil tender (blends fibers for use in felt hats), cloth-covered-helmet puller (puts cloth on helmets), button bradder (attaches buttons to hats), and ear-flap binder (sews binding on ear-flaps). (All names and descriptions from the US Directory of Occupational Titles).
7. Filling the doorway of the Working Class Hero Employment Agency was one Mr. Tyrone Shoelaces. He was a repeat client. "I have a beef with you," he shouted. I immediately turned him into Top Waddy! The top waddy is in charge of a group of cowboys who tend cattle. Now that you know what a top waddy is, which of the following is a term for a member of a top waddy's crew?

Cowboys are also known as cowpunchers, as well as cowhands, cowpokes, cowherds and vaqueros. The term 'cowpoke' dates back to the late 1870's when cowhands had to poke or punch cattle to get them onboard railcars for shipment east. Cowpuncher grew from cowpoke. There is no explanation of how the foreman or ramrod of a cattle outfit got to be called top waddy.
I wish Tyrone would not just bull his way into my office like he does. He could just get me on the horn. I would steer him into the right brand of work.
Moo-ving along...
8. The employment agency got a call from Ms. Iona Ford. She wanted to make a bang in the work world. When I asked if she wanted to work with explosives, she almost blew up. I guess she did not get a charge out of my suggestion. What would you call someone who works with explosives?

The name stayed but the duties have evolved so that today a powder monkey is someone who carries and sets explosives. The US Dictionary of Occupational Titles also defines a powder monkey as a clerical position that deals with storing, disseminating and recording explosives and associated materiel. I guess I bombed with my suggestion to Ms. Ford. Maybe she should change her name to Edsel. (The Ford Edsel was a car model that sold very poorly--it "bombed". Get it? Are you even still reading this stuff?)
9. The next clients at my Working Class Hero Employment Agency came in singing songs from the musical "South Pacific". Their names were Sam and Janet Evening and they were passing a brown bag back and forth. They both were a little whiny. I wanted to make them Mr. and Mrs. Wine Steward but they did not think the name was sophisticated enough. What name could I use instead of wine steward?

A sommelier is responsible for a restaurant's wine selection. He or she selects and orders the wine for the restaurant, oversees rotation of the stock, and helps customers choose a wine for their meal. Certification for sommeliers is overseen in the US by the Court of Master Sommeliers and in Canada by the International Sommelier Guild.
A concierge assists hotel guests with transportation, tickets and sight-seeing suggestions.
Bufettier is German for bartender.
A sous chef assists a head chef.
You know, I should have offered the Evenings a little cheese to go with their whine.
10. Just before closing time my favorite client, Helena Handbasket, came in. She wanted a job in the health industry. Unfortunately, the health care job market has been a little sick lately. The only thing I could offer her was Vector Control Assistant Girl for the county. She squealed with terror as soon as I said it and scurried away. I guess she knew what a vector control assistant deals with. Do you?

A vector is a disease-carrying rodent or insect. These include rats, flies, mosquitoes, fleas, ticks, squirrels and even rabbits. According to the US Department of Labor Directory of Occupational Titles, a vector control assistant works to identify, prevent and control rodents and insects that carry disease. Removal of habitat conducive to populations of these vectors is one method of control.

Other methods include spraying insecticide where populations exist, fog spraying entire areas for mosquito control, and the use of rat poison. In my town there was an infestation of rodents in the washroom of the local freight company.

It took several days effort but the vector control assistants were finally able to get the rats to abandon the shipping sink.
Source: Author deputygary 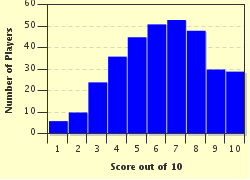