One Hundred Not Out - A Common Bond Quiz

The answers one to nine have connections with a name in common - but that name is not always in the same language! Question ten will ask you for the name in English. Good luck, and, as always - enjoy!

Quiz Answer Key and Fun Facts
1. This author had two surnames - the second was Saavedra. Although he signed and spelled his first surname with a b, his printers changed it to a v, and that is how we know him today. His most famous novel, published in 1605, has been made into a musical, a ballet and films. One last clue - windmills! What is the first surname of this author?

Cervantes was the author of 'Don Quixote' (El Ingenioso Hidalgo Don Quijote de la Mancha), said by some to be the first modern novel. It was published in two parts. The musical was 'The Man of La Mancha' (also made into a film) and contains the song 'The Impossible Dream'.
2. This family group, together with the Osmond brothers, occasionally appeared on later editions of the Andy Williams show, which was broadcast on CBS from 1962 to 1971. Who were they?

Although the best thing about the Andy Williams show was the Cookie Bear, it was always great to see the Jackson 5 with their fabulous dance routines. Five Star were an inferior British family attempt to emulate the Jackson 5.
3. This French football (soccer) player played for Nancy, Saint-Etienne, Juventus and France before becoming coach and manager of the French national team and President of UEFA (Union of European Football Associations). Yet his career almost stalled before it started when he failed his medical at Metz for supposed breathing difficulties and a weak heart. Who was the man who refused to let his apparent physical weaknesses hold him back?

Platini was made an Officer of the National Order of the Legion of Honour in 1998 and elected President of UEFA in 2007. He was also awarded European Footballer of the Year in 1983, World Soccer Player of the Year in 1984 and 1985 and World Soccer Manager of the Year in 1991. It would have been so easy for him to have given up at only 16 when he failed to join his childhood favourites. All the wrong answers were famous French soccer players.
4. This singer was born Georgios Kyriacos Panayiotou to a Greek Cypriot father and an English mother. As a solo artist he has sold over 100 million records around the world, but can you tell me what group he formed with Andrew Ridgeley, a fellow pupil at Bushey Meads School?

Wham's hit singles included 'Wham Rap! (Enjoy What You Do); (released twice), 'Young Guns (Go For It!)', 'Bad Boys', 'Club Tropicana', 'Club Fantastic Megamix', 'Wake Me Up Before You Go Go', 'Careless Whisper', 'Freedom', 'Everything She Wants', 'Last Christmas', 'I'm Your Man' and 'A Different Corner'. They broke up in 1986.
5. This person was the only leader of his country to have been born after the revolution that shaped it. The country was dissolved the day after he resigned. Margaret Thatcher famously said "I like (him), we can do business together". Last clue - birthmark! Who was this politician?

Gorbachev was elected after the deaths of Yuri Andropov and Konstantin Chernenko, two elderly men. With his policies of perestroika (reconstruction) and glasnost' (openness), Gorbachev, along with Ronald Reagan and Margaret Thatcher, changed the face of the world. He was awarded the Nobel peace Prize in 1990.
6. This athletic shoe changed the whole face of celebrity endorsements. Introduced in 1984, the celebrity was fined $5,000 every time he played as it violated the ruling body's 'dress code'. Still going strong today, what trainer am I talking about?

The Air Jordan I was in black and red, about which the celebrity at first said "I can't wear that shoe, those are Devil colours". However, Nike struck a deal, and celebrity endorsements have never looked back, no doubt much to the fury of parents, who are nagged for their children's sporting hero's brand.
7. This gun was invented in 1947 and is one of the most recognisable in the world, normally with a curved magazine. More have been produced than all other assault rifles combined. Legendarily rugged, it lasts in active service between 20 and 40 years. The 1974 design is gaining popularity.

The AK-47 (from the Russian Автомат Калашникова образца 1947 года or automatic rifle Kalashnikov model of 1947) is still used today. Simple, reliable and rugged, with or without a folding stock, it will be found for many years where war is waged.

It is depicted on the flag of Mozambique, a tacit acknowledgement of the rôle that the AK-47 played in the formation of the country,
8. What surname is shared by an English footballer (nicknamed, unkindly, 'Shrek') and the American actor born Joseph Yule, Jr?

The English Rooney (born on 24 October 1985) began his career at Everton and transferred to Manchester United in 2005. He also plays striker for the English national team. The American Rooney is best known for his role as Andy Hardy in a series of films starting in 1937, but has been awarded an Academy Award, a Golden Globe and an Emmy Award.
9. What name is shared by the English actor born Maurice Joseph Micklewhite, a fictional mutiny immortalised by Herman Wouk and Horatio, a lead character in 'CSI: Miami'?

The English actor Caine has been knighted and nominated six times for a Leading Actor Oscar, once in every decade since the 1960s. 'The Caine Mutiny' was a Pulitzer Prize winning novel written by Herman Wouk that was made into a fabulous film starring Humphrey Bogart (nominated for seven Oscars) and David Caruso played Horatio Caine in 'CSI: Miami'.
10. All the answers have a connection with a single male forename. Hopefully, you know exactly what it is now, but in case you need a last clue, it is also the name of an angel. Although I have used several abbreviated and/or foreign versions of the name, I would like the full English version, please.

Q1: The full name of the author of 'Don Quixote' was Miguel de Cervantes Saavedra. Miguel is the Spanish version of Michael.
Q2: The most famous member of the Jackson 5, sadly deceased at the age of 50 in late June 2009, was Michael Jackson.
Q3: The iconic French footballer who overcame his medical dismissal was Michel Platini. Michel is the French form of Michael.
Q4: The Bushey Meads School pupil went on to forge a successful solo career after the break up of Wham! as George Michael.
Q5: Mikhail Gorbachev was the leader of the Soviet Union when the Berlin Wall came down and changed the world. Mikhail is the Russian form of Michael.
Q6: Michael Jordan signed a contract with Nike for 5 years and $2.5 million, royalties and fringe benefits (including paying the $5,000 fines!). With celebrity endorsements everywhere now, this was the groundbreaker.
Q7: Mikhail Timofeyevich Kalashnikov (born 10 November 1919) designed the AK-47 and the now ubiquitous AK-74. He has said "I'm proud of my invention, but I'm sad that it is used by terrorists," adding: "I would prefer to have invented a machine that people could use and that would help farmers with their work - for example a lawnmower." César López, a Colombian musician and peace activist has created a guitar(escopetarra) from an AK-47. Swords into ploughshares, indeed!
Q8: The English footballer is Wayne Rooney - the American actor, Mickey Rooney. As well as having one of the longest careers as an actor, Mickey Rooney is noted for having being married 8 times (so far!) My late mother, who was brought up in California, was once presented with a bow and arrows as a competition prize by Mickey Rooney. Mickey is a diminutive of Michael.
Q9: Maurice Joseph Micklewhite is better known as Sir Michael Caine. He is a double Oscar winner, for 'Hannah and Her Sisters' and 'The Cider House Rules'. Not a lot of people know that...
My hundredth quiz is dedicated to the memory of my late team mate, SocalMiguel. Still missed, Miguel!
Source: Author Quiz_Beagle 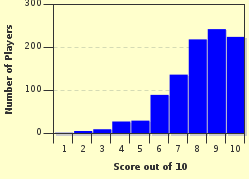