Welcome to my first common bond quiz! The answers to questions 1-9 will point you towards the answer to question 10, which will be a Disney movie. Good luck!

Quiz Answer Key and Fun Facts
1. What was the first name of Betty White's character on the popular '80s and early-'90s sitcom "The Golden Girls"?

Betty White portrayed Rose Nylund (maiden name Lindstrom) on the show for its entire run (1985-1992), as well as on the shorter lived spinoff "The Golden Palace". Rose was a naive farm girl from St. Olaf, Minnesota and was a bit of a 'dumb blonde', making her a source of annoyance and amusement for her three roommates, Dorothy, Blanche and Sophia. Rose did have a sister named Lily, who was featured in a first season episode called "Blind Ambitions".

She was played by Polly Holliday.
2. Which long-standing restaurant in downtown Los Angeles, also known as Frenchy's, claims to have invented the French Dip sandwich?

Established in 1908, Phillipe's, a diner/deli, has been in business for over a century. The founder was Phillipe Mathieu, a Frenchman who moved to the US in 1901. There are a few explanations available for how Mathieu came to invent the French Dip (roast beef sandwich dipped in the roast drippings).

These included a customer asking him to dip his sandwich, it was a way of rejuvenating stale sandwich buns, and also that he accidentally dropped the bun in some gravy while preparing a sandwich and served it anyway. Because the proprietor was French, Phillipe's was also known as Frenchy's and this is why Mathieu came to call his creation a French Dip sandwich. Cole's Pacific Electric Buffet, another long-standing restaurant in LA, also claims to be the first establishment that served this creation; they say it's called a French Dip because they serve it on French bread.
3. What political American drama series starred Martin Sheen, Rob Lowe and Allison Janney, among others?

The award-winning series "The West Wing" aired from 1999 to 2006 and depicted the goings-on in the American government. The name of the series comes from the fact that the West Wing of the White House houses the offices of the president and his staff. Martin Sheen starred as the fictional President Josiah Bartlet.

In the final season, Bartlet was succeeded by Matt Santos, played by Jimmy Smits. Allison Janney played C.J. Cregg, who was the president's press secretary and later the chief of staff. Rob Lowe was Sam Seaborn, Deputy Communications Director.

Other stars over the seven-season run included Stockard Channing, Kristin Chenoweth, Alan Alda and Bradley Whitford.
4. Which French-Canadian songstress achieved worldwide fame in the 1990s and became a Las Vegas headliner in the early 21st century?

Celine Dion first gained popularity in her home province of Quebec as French-language singer as a teenager. In 1990, she released her first English album, "Unison", and throughout the decade continued to become more popular in North America and all over the world.

In March 2003, she began performing a Las Vegas show at the Colosseum at Caesars Palace called "A New Day..." The show ended in December 2007. Dion began a new show at Caesars Palace, simply called "Celine", in March 2011.
5. Which of the following is one of the rooms where a murder might take place while playing the board game Clue (Cluedo outside of North America)?

In the board game, first published in 1949, players need to deduce in which room the murder took place, with which weapon, and of course who committed the crime. There are nine possible rooms: kitchen, ballroom, conservatory, billiards room, library, study, hall, lounge and dining room.

There is also a cellar (or sometimes stairs) on the game board, but it is not used in play. Each of four corner rooms are connected to its diagonal opposite via a secret passage, so players are able to enter another room without having to roll the dice and move about the game board.
6. Who starred as author and amateur detective Jessica Fletcher in the television series "Murder, She Wrote"?

"Murder, She Wrote" aired from 1984 to 1996. The main character, Jessica Fletcher, was a retired teacher who became a murder novelist. When she wasn't busy writing, Jessica was busy helping local law enforcement solve murders, both in her small town of Cabot Cove as well as other locations to which she sometimes travelled. Jerry Orbach often appeared in the series as private investigator Harry McGraw, a character who got a spin-off series, "The Law and Harry McGraw", in 1987.
7. What first name did the star hockey player nicknamed "The Rocket" go by?

Maurice Richard, born Joseph Henri Maurice Richard, played for the Montreal Canadiens from 1942-1960. He was nicknamed "The Rocket" because he was a great goal scorer. He was the first NHL player to score 50 goals in a season (in the 1944-1945 season) as well the first to reach 500 career goals (in 1957).

The Maurice "Rocket" Richard Trophy is awarded annually (since the 1998-1999 season) to the NHL player who scores the most goals over the season. Teemu Selanne was the first winner of this trophy.
8. A child who takes after a parent is sometimes known as a _____ off the old block. What word fills in the blank?

This idiom is usually applied to a son who behaves like, or who looks like, his father. The saying has been around (in various forms) for centuries and has its roots in carpentry. A "chip from the same block" meant something that was made from the exact same material as something else.

It's thought that it was probably in the 19th century that the most common variation of the saying became "a chip off the old block", though the meaning never really changed.
9. What is the name of the television series starring Nathan Fillion as a writer who aids Detective Kate Beckett with criminal investigations?

"Castle" premiered in 2009. Nathan Fillion stars as Richard Castle, an author who had been struggling in his career until he was brought in to consult on a case with the NYPD. He met Kate Beckett and was inspired to write a new mystery-thriller series with a main character based on Kate. Stana Katic stars as Kate.

As promotional material for the series, ABC released real-life novels written by "Richard Castle", including "Heat Wave"(2009), "Naked Heat"(2010) and "Heat Rises"(2011).
10. What Disney film is the common bond between the answers from questions 1-9?

Disney's "Beauty and the Beast", one of their classic princess tales, was released in 1991. It is based on the story "La belle et la Bęte" by Jeanne-Marie Le Prince de Beaumont. Here's how the answers to the previous questions fit the film:

1. ROSE - the movie involves an enchanted rose, given to the Beast by the enchantress at the beginning of the film, telling him he must find love before the last petal falls
2. PHILLIPE - the name of Belle's horse
3. THE WEST WING - the area of the castle where Belle was forbidden to go
4. CELINE DION - she and Peabo Bryson recorded the Oscar-winning theme song "Beauty and the Beast", which was played over the film's end credits
5. LIBRARY - Belle loved to read and was gifted with a large library in the castle by the Beast
6. ANGELA LANSBURY - was the voice of Mrs. Potts
7. MAURICE - Belle's father's name
8. CHIP - the name of the cute little teacup, Mrs. Potts' son
9. CASTLE - the bulk of the movie took place at the enchanted castle where the Beast and the cursed objects lived
Source: Author guitargoddess 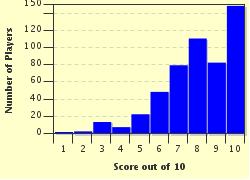