Think you know all about places? Well, we will see about that!

Quiz Answer Key and Fun Facts
1. Which of these cities was the capital of India on January 1, 1900?

Kolkata was the capital of British India until 1912. It is in the state of West Bengal. The city New Delhi took over it as capital in 1912.
2. Which is the second biggest country in the world?

The second biggest country in the world is Canada. First is Russia, then Canada, then the U.S.A., then China. The capital of Canada is Ottawa, the national anthem is 'O Canada' and the area is 9,985,000 km˛.
3. Which country was divided into two in 2011?

After a 22 year war, the country Sudan divided into Sudan and South Sudan. Sudan is comparatively much richer than South Sudan.
4. Shahjahanabad was the former name of which Indian city?

Shahjahanabad was the former name of Delhi. It was made by Shah Jahan as a part of the Mughal Empire. It is one of the seven cities built on the banks of the Yamuna River.
5. Which continent does NOT have any BIG deserts?

Europe does NOT have any significant deserts though there is a very small desert in Poland called the Błędów Desert. Antarctica is totally a cold desert, South America also has cold deserts along its western coast, and Asia has the great Takla Makan and Gobi deserts in China.
6. Which continent has the most countries in it?

Africa has over 50 countries in it, even though Asia is bigger than it in area! The significant countries in Africa are South Africa, Egypt, Ivory Coast etc.
7. What is the area of Vatican City?

The Vatican City is the smallest country in the world. It is situated inside the city of Rome!
8. Where is the city Genoa situated?

The city of Genoa had great historical value and importance. In historic times it was the arch rival of Venice.
9. Where is Diamond Harbour situated?

Diamond Harbour is situated in near Kolkata in West Bengal. It is situated on the Hugli River, the only distributary of Ganges as it passes through India.
10. Which is the seventh biggest country in the world?

India is the seventh biggest country in the world. The highest mountain is Kanchenjunga, the longest river Ganges and the capital is New Delhi.
Source: Author Soham_Roy 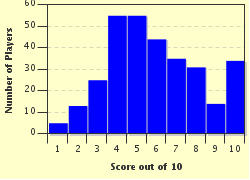 
Other Destinations
Explore Other Quizzes by Soham_Roy