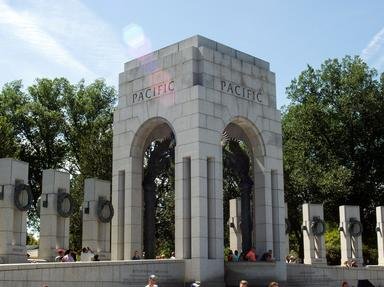 A short quiz about some of the USAAF aircraft from the Pacific Theater in WWII.

Quiz Answer Key and Fun Facts
1. What was the primary aircraft of the USAAF at the beginning of WWII?

The Curtiss P-40 was used in great numbers in World War II. When production ceased, in November 1944, 13,738 P-40s had been produced. P-40s were used by the air forces of 28 nations and remained operational throughout the war.

Warhawk was the name the United States Army Air Corps adopted for all models.

The P-40 was the main USAAF fighter in the Pacific during 1941-42. In the first major battles at Pearl Harbor, the Philippines and in the Dutch East Indies campaign, USAAF P-40 squadrons suffered crippling losses on the ground and air to Japanese fighters like the Ki-43 "Oscar" and the A6M Zero.
2. What was the primary plane flown by the top aces of the Pacific Theater?

The top aces flew the P38 and were highly successful with this plane against the Japanese fighters of the time.

The P-38 was used most extensively and successfully in the Pacific Theater of Operations and the China-Burma-India Theater of Operations, where it was flown by the American pilots with the highest number of aerial victories to this date. It was a primary fighter of United States Army Air Forces until the appearance of large numbers of P-51D Mustangs toward the end of the war.
3. What US plane was unique in its use of a 37mm cannon mounted directly in the propellor hub?

The Bell P-39 Airacobra was one of the principal American fighter aircraft in service at the start of World War II. The propeller was driven through a drive shaft passing between the pilot's feet. The main purpose of this configuration was to free up space for the heavy main armament, a 37 mm T9 cannon firing through the center of the propeller hub for optimum accuracy and stability when firing. In fact, the entire design was made to accommodate this gun in the aircraft.
4. Why was the P-51 Mustang so highly regarded and used so extensively toward the end of the war?

The P-51 was popular for all of these reasons.

The North American Aviation P-51 Mustang was an American long-range single-seat fighter aircraft that entered service with Allied air forces in the middle years of World War II. The P-51 became one of the conflict's most successful and recognizable aircraft.
5. Versions of the P-38 and P-39 mounted cannons as well as machine guns.

Many of the versions of these planes employed 20mm and even 37mm cannon as well as machine guns.
6. Where were the guns of the P-38 Lightning located?


Answer: In the nose

All guns were mounted in the nose of the P38.

The Doolittle Raid of 18 April 1942, was the first air raid by the USA to strike the Japanese home islands during World War II. The mission was notable since it was the only time in U.S. military history that United States Army Air Forces bombers were launched from a U.S. Navy aircraft carrier on a combat mission. The raid was planned and led by Lieutenant Colonel Jimmy Doolittle.
8. The P-47 Thunderbolt was used in the Pacific as well as the Atlantic and European theaters.

Although used primarily in Europe, the P-47 was used extensively in the Pacific as well.

The P-47 was not particularly maneuverable, though it became more agile, by comparison with most other fighters, at high altitudes. It did possess a good roll rate and climb/dive performance. Its success in combat depended on utilizing energy-conserving "dive-and-zoom" tactics.
9. Who was the highest scoring American ace in the Pacific (and the whole war)?

Richard "Dick" Ira Bong (September 24, 1920 - August 6, 1945) is the United States' highest-scoring air ace, having shot down 40 Japanese aircraft during World War II. Bong was a pilot in the U.S. Army Air Forces (USAAF), and was a recipient of the Medal of Honor.
10. What was the most heavily armed fighter used by the USAAF in the Pacific?

The P-61 Black Widow was the most heavily armed fighter to see service in the pacific. It employed 4 20mm cannons and 4 .50 cal machine guns

For ground attack, two bombs of up to 1,600 lb each could be carried along with six 5 inch rockets under the wings.

It was originally designed for and most commonly used as a night fighter.
Source: Author cwelch 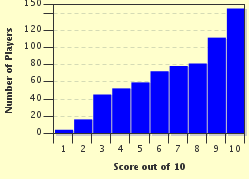 
Other Destinations
Explore Other Quizzes by cwelch