Do You Know Your Onions? Trivia Quiz

How well do you know your onions? A quiz I've created to have a look at this succulent bulb.

Quiz Answer Key and Fun Facts
1. Which part of the plant has the largest amount of sulphuric compounds, which is what causes tears when the onion is peeled or cut?

In onions, especially raw onions, the sulphur in them can damage red blood cells and cause anaemia.
2. The word onion is derived from the Latin word 'unio' which means what?

It is thought that onions were grown in ancient Egypt and China, and later arrived in Rome. They were called Unios (which, in Latin means large pearl).
3. Which State in Australia produces the highest percentage of the country's total onion crop?

South Australia grows its onions near Murray Bridge, the Riverlands and the Adelaide Hills. Tasmania is the next highest producer accounting for about a quarter of Australia's total onion crop.
4. Onions are high in energy and water content. They are low in calories, and have a generous amount of B6, B1, and what else?

Folic acid is required for DNA & RNA synthesis, which is needed for growth and reproduction of your body cells. Onions also contain chemicals which help fight the free radicals in our bodies. Just watch you don't eat the root!
5. Are onions toxic to cats and dogs?

Toxicity is dose dependent, so the bigger your animal is, the more onion needs to be consumed. Onion toxicity causes 'Heinz body anemia' which are bubble-like projections in red blood cells. The toxic effect of the onions are the same whether the product is raw or cooked.
6. When you eat at least half a raw onion a day, your good type HDL cholesterol goes up an average of 30%. What other effect do onions have?

Onions contain quercetin, which is an antioxidant. Antioxidants are compounds that help delay damage to your cells and tissues.
7. For each leaf, there will be a ring of onion; the larger the leaf, the larger the ring will be.

The size of the mature onion bulb is dependent on the number and size of the tops.
8. Which of the following is not real?

Onion grass is an introduced weed of lawns and pastures. Onion weed is a slender plant with small white flowers which infests lawns. Welsh onion is a species of onion, which forms clusters of bulbs.
9. What herb should you eat to get rid of onion breath?

To get rid of "onion breath" - eat a sprig or two of vinegar or salt-dipped parsley. You can also chew on fennel seeds or coffee beans.
10. What Beatles song has "onion" in its title?

It is off the album 'The Beatles', commonly referred to as 'The White Album'.
Source: Author ford escort 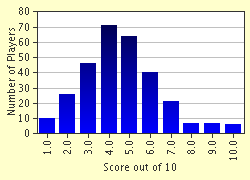 
Other Destinations
Explore Other Quizzes by ford escort