I know I keep promising not to write any more of these quizzes, but I can't stop! Have a good time!

Quiz Answer Key and Fun Facts
1. My Aunt Martha is on pins and needles waiting for a visit from my cousin Beauford, who lives in Texas. Aside from being terribly uncomfortable, what is meant by being on 'pins and needles'?

In the U.S., this term is generally used in the sense of being in suspense and nervous about an upcoming event. In Britain it seems more aptly to describe a sensation of one's foot or hand falling asleep.
2. Beauford finally arrived. He had stopped in Boston for a few days to visit with Uncle Plato. While there, he went to a restaurant and asked for a milk shake. The waitress brought him a glass of milk. What should he have ordered?

Where cousin Beauford comes from a milk shake consists of milk, ice cream, and syrup which are blended to the consistency of custard. An excellent treat, but in New England, when my cousin was there, it was a frappe. More recently especially in the midwest, at least, a frappe can be a coffee flavored drink made with shaved ice.
3. Beauford wanted to go to the flea market with my brother Pyotr and myself. Upon looking out the window, he remarked "That's a real frog strangler! No flea market today!" What was he telling us?

'Frog strangler' seems to be another regional description. In the midwest you might hear a severe rainstorm described as 'falling cats and dogs' or as a 'gully washer'.
4. Beauford, being a helpful soul, carried groceries into Aunt Martha's house. She asked him to take some of the canned goods to the cellar, to which Beauford replied, "It's not a cellar, it's a basement." What's the difference, really?


Answer: a cellar is usually unfinished

The technical difference between a cellar and a basement is not often kept clear in everyday usage. In some parts of the U.S. the two words are used interchangeably. In some regions, particularly in parts of the northeast, anything under the house is probably called a cellar. In the west and south, it would probably be called a basement.
5. My cousin Stosh called and wants to come and visit with Beauford, but at the moment, his plans are 'up in the air'. What is that?


Answer: he has several options he must consider

This one is difficult to track. There seems to be little or no information to the origin of 'up in the air', but it is a common phrase and has been in use in the midwest, at least, for 50 years or more.
6. Well, we finally made it to the flea market, Beauford, Pyotr and I. First thing he noticed was a girl selling pearl buttons. He remarked "She could make me take back stuff I never stole." He was saying exactly what?


Answer: she was very attractive

This is a southern expression I heard while serving in the Army. I find no source material on it, but I have been using it myself for many years.
7. Brother Pyotr took a fall at the flea market. When I finished laughing, I asked if he was ok. "I'm fine. I seem to have two left feet today." I looked and he seemed to have one of each, like everyone else. What do you think he meant?


Answer: he was feeling especially clumsy that day

'Two left feet' is an expression used especially in reference to dancing, but also to clumsiness in general. It has been in general use since the early 1900s.
8. Once home, Pyotr took Beauford aside, attempting to borrow a sum of money, as Pyotr is wont to do. Beauford asked for a reason for the loan, but Pyotr talked in circles. Beauford refused, saying it was 'all Greek' to him. What was he saying?


Answer: he didn't understand what Pyotr was saying

It's 'all Greek' as an expression has been around since the 16th century, used in reference to gibberish or unintelligible speech.
9. Aunt Martha and I decided to lend Pyotr the funds he was seeking. But first, Aunt Martha wanted to 'talk turkey'. What does 'talk turkey' mean?


Answer: have a serious conversation about a particular subject

To 'talk turkey' simply means to discuss both sides of a serious situation. In this case, Aunt Martha was concerned as to how and when the loan would be repaid.
10. At the end of his visit, we sadly took Cousin Beauford to the airport. We said our goodbyes and he caught the 'red eye' to Dallas. What is the 'red eye'?

'Red eye' flights are usually a bit less expensive and it is sometimes easier to obtain tickets.
Source: Author Pick61 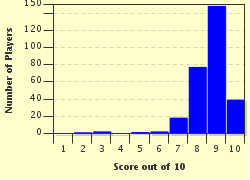