This Quiz is Bad

Or should I say "good". It seems that young teenagers of the 21st century have come up with all sorts of bizarre slang terms. They say things that meant something completely different when I was growing up (and I'm only 19!).

Quiz Answer Key and Fun Facts
1. When I was watching "The Sing Off" season 3, Shawn Stockman told a group that their performance was ill. I could not tell what that meant until he finished speaking. What was Shawn's view of the performance?


Answer: He thought it was "off the chain" (good)

Ill before 2000: Sick, under the weather, down with that

When I was younger, saying "ill" meant I was sick. In the 2000s, ill still meant sick, but sick happened to mean good. If something is "sick", "ill", or "off the chain", it is a good thing. So if a youngster comes up to you and says your clothes look ill, they are complimenting you; you should say thank you. They'll probably not appreciate you slapping them for calling you "ill".
2. I asked my friend the other day if he wanted to see a movie with me. And what was the response, you wonder? He text messaged me back with the randomly written letters "fo shizzle". I assumed his fingers were off center and twitching, thus hitting all the wrong letters. But the truth is, he really meant to say "fo shizzle". What does that even mean?


Answer: He was down with that (he wanted to go)

Fo shizzle after 2000: For sure, okay, definitely, I understand.

I grew up just fine without adding "izzle" to the end of so many words. Today, though, it seems that is a wildly popular thing to do. There is even a song ("1, 2, Step") that starts out "This is a jazzy fizzle productizzle." Couldn't they have just said it was a jazzy production? I mean, really?

When we left the theater, my friend looked at me and said that was fat. I looked at him and told him that was very rude; I thought the actress was pretty. He looked at me questioningly, then told me he meant phat with a "ph", which meant he liked the movie.
3. I asked my friend if he wanted to come over to my house, and he said he would. Then he asked if he could bring his shorty along. I assumed he meant his little brother. I said he could bring "shorty". Imagine my shock when someone completely different came with him. Who?

I recall being called "shorty" many times in my younger days in elementary school. I was a bit vertically challenged at the time, thus I was called "shorty". I also used to call my sister shorty, because, well, that's just something older siblings seem to do. Nowadays, everyone seems to use the word "shorty", often pronounced and spelled as "shawty" to describe their boyfriend or girlfriend. Things have changed.

Interestingly, though, "shorty" can be used much differently in Australia, where it refers to someone very tall. Alternately, someone very short may be called "stretch".
4. On a Saturday in December my friend decided to text message me and ask me if I wanted to chill with him. I text messaged him back and told him that I didn't like cold weather. I got a text back from him that only contained a question mark. He must have had a different definition of "chill" than I did. What could it have meant?


Answer: He wanted to hang out at his house

Chill before 2000: Make something cold, freeze it, possibly even a shiver up your spine, relax (yes, it was slang before 2000, as well)

It turns out that my friend never wanted to go outside. It was far too cold and he couldn't play any sports, so he was bored. He texted me to ask me to come to his house so we could "chill", which, apparently, means "hang out".
5. My friend and I were playing basketball in the park when he stopped me and pointed. I looked in the direction, and he was pointing to a girl. He said "she's so fly" and we started playing again. I had no idea what that meant. Perhaps you know?


Answer: He thought she was attractive

Fly before 2000: What a bird or a plane or Superman does, or an annoying insect, also slang for cool (It was used in "In Living Color" in the 90s [thanks ferfer72])

I remember saying "good-looking" or "hot" when someone was pretty. But my friend, he said she was "fly". It seems that the English language has been morphed into a completely new language, which I will call "teenspeak".
6. When it was starting to get dark at the park, my friend checked his watch and said "Gotta bounce". I watched him, waiting for him to start jumping for some strange reason. He never did, though. Instead, what did my friend do?


Answer: He left; he had to get home

Gotta bounce before 2000: What one says when they have a sudden urge to hop up and down

When my friend told me he had to "bounce", I thought he was going to start doing jumping jacks or something. Instead, after yelling "Gotta bounce" he ended with "TTYL" and he was gone. I had no idea what had just happened until I asked someone what it meant, and they told me he said he had to go, talk to you later.
7. My friend, after months and months of begging, finally convinced me to play an online game with him. When I joined, I read a message from him that told everyone, "Look guys, we have a noob with us today, so go easy." I knew he was talking about me, but I did not know what he was calling me. I was a bit offended. In truth, though, what was he saying when he said "noob"?


Answer: He was telling them that I had never played the game before

Noob before 2000: This term was never used before, we called them "newcomers"

Apparently, when my friend told everyone that I was a noob, he was simply alerting them that I was a "newbie", a newcomer, that I had not played the game before. It turns out, being tagged as a noob isn't so bad; I got the hang of the game right away and was doing great, and they were going easy on me at first, so I won a lot.
8. I was sitting, talking to a group of friends. Then another person walked up and said "Wuttup, peeps?" Confused, I asked the person next to me what he just said. What did that phrase mean, anyway?


Answer: How are you, friends?

Peeps before 2000: Making a sound, a delicious marshmallow candy, also a catchphrase of Stavros on "Harry Enfield and Chums" (thanks highfells!)

It turns out that "wuttup" is a word that is similar to "wuzzup", or "wazzup". That word is used as a "mash-up" of the term "what's up". If he had only asked that, I would have told him it was the ceiling. But really, "what's up" is a phrase that asks, "how are you?" or, 'what's are you doing?" Shades of Bugs Bunny!
9. I got a call from my friend asking me if I had any bacon. Completely and totally confused as to why he wanted bacon, I asked if he was making breakfast. He replied with "What? No, I want bacon. You know, lettuce, bread." He must be making a BLT. What does he REALLY want?

My friend went through dozens of terms for money before I finally understood what he wanted. He called it "bread", "cabbage", "lettuce", "bacon", "beans", and "chips". I thought he was really hungry, but it turned out that he was a few dollars short of a new skateboard and needed to "hit me up for some cash" (ask me for money).
10. I had just arrived at the theater where I would meet my friend to go see a movie when he told me that he "dug my skins". That was a bit awkward, him complimenting my skin like that, although I must admit, I had been using lotion lately. But, as it turns out, he was complimenting something completely different. What was it?

I had no idea that clothes these days were called "skins". I had heard of "rags" and "threads", but calling my clothing "skins" was all new to me. Further, I did not quite know what he meant by "dig". When I asked, he told me that "dig" meant "like". So if someone "digs your skins", they aren't burrowing into your flesh; they like your clothes.
Source: Author salami_swami 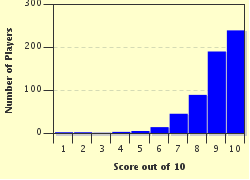