This quiz is about some of the big hits of the Hindi film industry from the 1940s to the 2000s.

In the movie, Pran (Raj Kapoor) and Gopal (Prem Nath) fell in love with Reshma (Nargis) and Neela (Nimmi) respectively. While Gopal ditched Neela, Pran and Reshma were united at the end of the movie.
2. An all-time great Hindi movie was 'Mother India', released in 1957. Who among the following did NOT star in the movie?

'Mother India' released in 1957 starred Nargis who was paired opposite Raaj Kumar. The film starred Rajendra Kumar and Sunil Dutt as Nargis's children. Nargis later on married Sunil Dutt in real life. The movie, directed by Mehboob Khan, had music by Naushad and was an Oscar nominee under the Foreign Language film category. Nargis played the role of a village woman Radha who was married to Shamu (Raaj Kumar).

The movie explored the social conditions in rural Indian. After losing her husband, Radha had to suffer to bring up her children Birju (Sunil Dutt) and Ramu (Rajendra Kumar). Birju became a dacoit and began to harass the daughter of a money lender who troubled his mother.

The movie ended with the mother killing her own son.
3. One of the first box office mega hits was the 1960 historical film, 'Mughal-E-Azam'. Who portrayed the role of Emperor Akbar in the movie?

'Mughal-E-Azam', directed by K Asif was released in 1960 and was the first box office mega hit, creating many records. The film portrayed the love affair between Prince Salim and a courtesan named Anarkali. The movie starred Dilip Kumar and Madhubala, one of the most popular movie couples. Prithviraj Kapoor, the father of Raj Kapoor played the role of Emperor Akbar.

The music was composed by Naushad and was a great success. The film was the most expensive made, using 2000 camels, 4000 horses and 8000 troops for the battle scenes.

The film cost more than a crore of rupees and was one of the most expensive Hindi movies made. The film, originally made in black and white was released in colour (after digital editing) in 2004 and was a moderate success. The film was based on a supposedly historical fact about the love between Salim and Anarkali. Emperor Akbar who was furious about the love affair ordered Anarkali to be walled alive.

However at the end of the film, Akbar allowed Anarkali to go into exile, but Salim's love for Anarkali remained unrequited.
4. The 1960s was dominated by Dev Anand. One of his all-time hits was 'Guide'. Who was the director of this hit movie?

'Guide', released in 1965, starred Bollywood's evergreen hero Dev Anand and Waheeda Rehman. The movie was based on the novel 'Guide' by R K Narayan. The movie was directed by Dev's brother Vijay Anand and had hit music by Sachin Dev Burman. The movie swept the Filmfare Awards winning seven awards.
Vijay (Goldie) Anand was a successful director having directed hit films like 'Jewel Thief', 'Johny Mere Naam', 'Tere Mere Sapne' and 'Teesri Manzil'. He also acted in a couple of films, the most prominent one being 'Kora Kagaz'.
5. 'Aradhana' released in 1969 marked the arrival of Rajesh Khanna, who became one of the superstars of Bollywood. Who was the heroine of this movie?

'Aradhana' released in 1969 was yet another super hit film that broke many box office records. The film starred Rajesh Khanna and Sharmila Tagore. The success of the film resulted in Rajesh Khanna becoming one of the superstars of Bollywood. 'Aradhana' was produced and directed by Shakti Samanta and had hit music by S D Burman. Sharmila Tagore was introduced to the film industry by legendary director Satyajit Ray.

In this film she played a young widow who needed to find some way of raising her child after her husband died.

She rose to fame after acting in 'Kashmir Ki Kali' and 'An Evening in Paris' opposite Shammi Kapoor. She acted opposite Rajesh Khanna in 'Aradhana', 'Amar Prem', 'Daag' and 'Safar'. She converted to Islam to get married to the famous cricketer Nawab of Pataudi, Mansoor Ali Khan.
6. 'Sholay' released in 1975 is without doubt one of the greatest Hindi movies. The movie created many cult characters, which of the following is the odd one out?

'Sholay' was directed by Ramesh Sippy and released in 1975. In the first week of its release, it was panned by critics who declared it a flop. But the film went on to become the biggest hit ever breaking many box office records. The film completed 25 weeks (silver jubilee) in more than 100 theatres, including in Chennai (where Hindi movies are not popular). The movie starred Amitabh Bachchan and Dharmendra as Jai and Veeru, two convicts who were hired by Thakur (Sanjeev Kumar) to apprehend a dangerous dacoit named Gabbar Singh (Amjad Khan). Thakur's entire family was killed by Gabbar and he wanted to take revenge.

The dialogues of the film were immensely popular along with the hit music by Rahul Dev Burman. The script was written by the hit pair Salim-Javed.
7. In the late 1970s and the 1980s, Bollywood had one superstar Amitabh Bachchan. One of his super hit movies was 'Don', released in 1978. Who played the role of the Don?

'Don' directed by Chandra Barot with music by Kalyanji-Anandji was released in 1968 and became an all-time hit. The movie starred Amitabh Bachchan in a double role (as an innocent villager and as the Don). Don was killed in a police encounter and the police officer D'Silva in charge of the case (played by Ifthikar) trained Vijay (Amitabh again) to take the place of Don. Later, D'Silva (Ifthikar) died during a police raid and the police arrested Vijay (Amitabh) suspecting him to be Don.

The rest of the film focused on how Vijay managed to clear his name. Zeenat Aman was the heroine of the movie essaying the role of Roma. The popularity of the movie resulted in Shah Rukh Khan doing a remake of the movie in 2006, when he re-essayed the role of Don, this time with Priyanka Chopra as Roma.
8. The 1980s were known for action movies, but in 1988, a film was released that brought back romance in Bollywood. The film starred Aamir Khan and Juhi Chawla. Do you know the name of the film?

'Qayamat Se Qayamat Tak' (known as QSQT) was released in 1988 and had Aamir Khan as the hero opposite Juhi Chawla. The movie was directed by Mansoor Khan and had hit music by Anand-Milind. The movie was loosely based on the Romeo-Juliet tale and was a tragic love story. Raj (Aamir) and Rashmi (Juhi) belonged to two warring Rajput clans and the film was about their love story and their elopement.

The film ended tragically with Rashmi killed and Raj committing suicide. QSQT saw the return of romantic musicals in Bollywood.

This was followed by 'Maine Pyar Kiya' starring Salman Khan which was also a musical hit. These two movies revolutionised Bollywood and resulted in filmmakers focusing of romantic musicals.
9. The 1990s were dominated by the Khans - Aamir, Salman and Shahrukh. In which of the following films did Shah Rukh Khan play the role of a villain?

'Darr' released in 1993 was a Yash Raj film, directed by Yash Chopra. The film starred Shah Rukh Khan as an obsessed lover in a negative role. Sunny Deol and Juhi Chawla were the hero and heroine of the movie. The music of the film by Shiv-Hari was very successful.

The film was a hit and in spite of his negative role, Shahrukh won accolades for his performance. Shah Rukh was one of the superstars of Bollywood who became popular after acting in negative roles in films like 'Baazigar' and 'Darr'.

He is known for his successful movies like 'Pardes', 'Badshah', 'Mohabattein', 'Chak De India' and 'Om Shanti Om'. He is known as the Badshah (Emperor) of Bollywood.
10. 'Kabhi Khushi Kabhie Gham' released in 2001 was a big box office hit and starred many top actors of Bollywood. Who among the following did NOT act in the movie?

'Kabhi Khushi Kabhie Gham' released in 2001 starred many of the top actors of Bollywood like Amitabh Bachchan, Shah Rukh Khan, Hrithik Roshan, Jaya Bachchan, Kajol, Kareena Kapoor and Rani Mukherjee. The film, a major part of which was shot in London, became popular among Non-resident Indians (NRIs) to such an extent that it was on the top three lists in British theatres and the top ten of American theatres for a while.

The movie was directed by Karan Johar. Rahul (Shahrukh) was the son of Yash (Amitabh) and Nandini (Jaya) and circumstances forced him to marry Anjali (Kajol) against his father's wishes. After an argument with his father, he left home and moved to London.

His younger brother Rohan (Hrithik) went to London to search for his brother. The rest of the movie was about how Rohan reunited his family.
Source: Author deepakmr 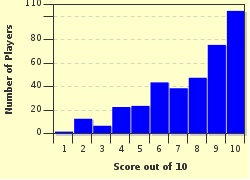