Do you think you know many things about Hollywood? Now have a look at Bollywood!

Quiz Answer Key and Fun Facts
1. Hollywood is in the United States. In which country is Bollywood located?

Hollywood is indeed the biggest extravaganza in world movie fair. But Bollywood, the heartbeat of India, has also its shine in its country of India.
2. Which city hosts Bollywood?

Bombay (now called Mumbai) is the biggest city of India and is famous for two things: Bollywood and Underworld. Underworld is the name given to the people and groups who fall in the category of gangsters, international groups who believe in grabbing money from people on the basis of power and 'guns'.
3. Which Bollywood star was selected as jury member for the Cannes Film Festival in 2003?

Aishwarya Raj was the first actress from India to be selected as a jury member for the reputed film festival. She was also crowned Miss World in 1994.
4. Which Bollywood movie got a nomination in the Oscars for the Best Foreign Language Film in 2002?

"Lagaan" was a great blockbuster movie at the box office in India. "Lagaan" was produced by the actor turned producer AAmir Khan and directed by Ashutosh Gowarikar.
5. Bollywood makes movies in which language?

Hindi is the official language of India, and hence all the films in Bollywood are made in Hindi.
6. "Lagaan" recently got a special screening at the Cannes Film Festival.

"Devdas", a film about a drunken man, got the chance to be specially screened at Cannes in 2002.
7. Which great star received the award of "The Star of the Millennium" from BBC?

Amitabh Bacchan is one of the greatest, and possibly the biggest star ever to be produced by Bollywood. It is said that at the age of sixty he was more famous than at thirty!
8. Which of these has not acted in "Devdas"?

Aamir Khan has acted in many superhit movies incuding 'Laagan' but not "Devdas". "Devdas" was the magnum opus of director Sanjay Leela Bhansali and was based on a novel of the same name. It is a story of a drunken man.
9. This superstar was imprisoned after a man was killed by his rash and careless driving in Mumbai. Who is he?

Hit and run was the case when he was imprisoned (not for the first time!). He is a famous romeo in this tinseltown and is mad about Ms. Aishwarya Rai.
10. Salman Khan, the most controversial actor rang this man 47 times a night to talk about Aishwarya Rai. Whom did he ring?

Vivek Oberoi is the star of "Saathiya" and "Dum".
Source: Author ankuranky3 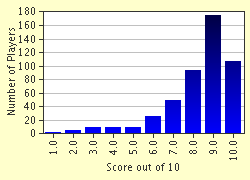 
Other Destinations
Explore Other Quizzes by ankuranky3