This quiz is all about the many words that the characters said in the hit blockbuster film "Rocky IV". Enjoy!

Quiz Answer Key and Fun Facts
1. Which character angrily proclaimed: "This is about us against them!"?

Apollo Creed said this after he volunteered to fight the USSR's reigning heavyweight champ, Ivan Drago. Apollo proclaimed that it wasn't simply an exhibition match he was involved in, but rather a war between the United States, and the Soviet Union.
2. Referring to Ivan Drago, which character stated that "Whatever he hits he destroys"?

Nikoli asked Ivan to demonstrate a punch on a special machine, to see him demonstrate his strength. What was revealed was that Ivan Drago could hit with a force of 1850 pounds per square inch. That amount was 1100 PSI higher than the average heavyweight boxer. He said that the results are quite clear, and that whatever Ivan hits, he destroys.
3. Which character jokingly said, "Like your Popeye, he ate his spinach"?

After being asked about whether or not Ivan took performance enhancing steroids to become as strong as he was, Ludmilla jokingly said this. It was revealed, later in the film, that it had been a lie and they did, in fact, use performance enhancing drugs on him.
4. Which character both jokingly, and arrogantly proclaimed that "I've retired more men than social security"?

After accepting to fight Drago, in Las Vegas, Apollo was shocked to hear that Ivan's wife thought they would win. He went on to explain how he would win, and how he'd be the one to defeat their champ. He insulted the entire Soviet team, yet kept his composure. One of the Soviet representatives called Apollo a 'has-been', as a result of his unprofessional behavior.
5. Which celebrity, with a cameo role, sang a song with the lyrics "You must find out who you are"?

Since Apollo was a showman, as it was seen in the first "Rocky" film, he set up a gala spectacle in the MGM Grand Hotel, in Las Vegas. With the all too common dancers, was James Brown, singing a song entitled "Living In America". Apollo apparently chose the singer and song, because he wanted to both show his patriotism, and further agitate his Russian opponents.
6. Which character coldly remarked, "If he dies, he dies"?

The event which sparked the questionable comment was Ivan's victory over Apollo. In the first round of their fight, Apollo tried to drop Ivan early, but couldn't even get him to bleed. Ivan went ballistic and began to hit Apollo with all his might. After the first round, Rocky wanted to stop the fight, but Apollo told him not to, no matter how bad it looked. Sure enough, the second round was no better, with Ivan repeatedly hitting Creed. Duke, Adrian, and Apollo's wife wanted the fight stopped, but it was too late; a final blow delivered by Drago, dropped Apollo to the canvas. That was the blow that killed Rocky's friend. Drago seemed happy, and didn't seem to care that he killed a man.
7. Which character unsupportively told Rocky "You know how strong he is. You can't win"?

After seeing his friend die at the hands of the cold Russian fighter, Rocky accepted the challenge to fight Drago, in Moscow. Adrian saw the fight, as well, and didn't want her husband to get hurt, so she tried to prevent him from going. Rocky was dismayed by her speech, but didn't back out.
8. Which character, very supportively told Rocky "You know what you have to do. Do it"?

Upon arriving, in Russia, Rocky began his training. His friend Duke warned him that the training he was going to face was going to be worse than hell itself, but in the end it would be worth it. To encourage Rocky to train harder, Duke motivated him by telling him that he knew what he had to do, and that he had to do it.

The training was gruelling but Rocky did, in fact, get stronger. Rocky trained using the old methods, such as training with nature, whereas his opponent used the best tools money could buy, including steroids.
9. Which character uncharacteristically said: "...but if I could just unzip myself and step out and be someone else, I'd wanna be you"?

Immediately before walking into the ring, Paulie told Rocky he would be him for two reasons. The first was that he admired him as a friend, and the second was that he was worried that Rocky might also be killed in the ring. Even Adrian was slightly surprised at Paulie's remarks. Before the fight began, when Paulie was in the ring beside Rocky, he took a long look at Drago, and jokingly retracted his statement.
10. Which character said that: "If I can change, and you can change, everyone can change"?

After going the distance with Drago, and knocking him out, Rocky was forced to talk into the announcer's microphone and address the people attending. He talked of how they hated him in the beginning, and how they changed, and how he hated them, and how he changed.

He then followed his speech up with the quotation from the question, and got a standing ovation from the entire crowd, as well as the entire Politburo comprising of Gorbachev, and his esteemed colleagues.
Source: Author Bruce007 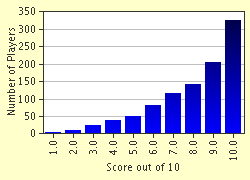