This quiz is about the greatest "Rocky" sequel, "Rocky 3." Only true fans of this movie should take this quiz. Have fun and good luck!

Quiz Answer Key and Fun Facts
1. In the beginning of the movie, the World Heavyweight Championship belt is shown. What colors does the belt consist of?


Answer: Eye of The Tiger

Survivor's "Eye Of The Tiger" was made especially for this movie. Sylvester Stallone, who wrote and directed "Rocky 3," asked the group Survivor to write and sing a song for the movie.
3. During the song, an airplane was shown. What name was on the tailend of the plane?

During the song "Eye Of The Tiger," a TWA plane was shown taking off. Also shown was: "Time" magazine, "Sports Illustrated" magazine, "The Muppet Show," and matches at Radio City Music Hall.
4. What was the name of the candy bar that was named after Rocky?

The wrapper was yellow with black writing that said "Crunch Punch."
5. What kind of arcade game did Paulie destroy?

Paulie was in a bar watching Clubber Lang being interviewed. Paulie was drunk, and when the bartender asked him about Rocky and to tell Rocky he said hello, Paulie said, "How come nobody asks about me." Paulie then walked out of the bar and wandered down the street until he came to an arcade.

He walked in and came upon a "Rocky" pinball machine. He stared at it and then became enraged. He threw the beer bottle that he had in his hands at the game, and destroyed it. Of course, Paulie was arrested.
6. According to Paulie, what kind of watch did Rocky give him?

According to Paulie, the only thing Rocky gave him was an Exlax watch. In reality, it was a Rolex watch. Paulie took the watch off and threw it to the ground. When Rocky went to pick it up Paulie kicked it away. Then Paulie said "I don't sweat you" and started to punch Rocky. Afterwards, Paulie asked Rocky for a job. Rocky replied, "You want a job? All you had to do was ask."
7. What was the name of the charity that Rocky fought the World Heavyweight Champion wrestler for?

All of the proceeds from the match went to the City Youth League. This was clearly shown on a banner in the arena.
8. What was the name of the wrestler?

Thunderlips, played by Hulk Hogan, was described as a "mountain of molten lust" and he was said to be nearly 7 feet tall. During the 1984, Hogan was the WWF Heavyweight Champion, winning the title for the first time on January 23, 1984.
9. What colors did the wrestler come to the ring in?

Thunderlips came to the ring wearing a white cowboy hat with a red feather, a red cape, red boots, and white briefs. He was escorted to the ring by four women, two blondes and two brunettes, who were wearing red bikinis.
10. After the wrestler said he was the ultimate male, what did he call Rocky?

Thunderlips said, "The ultimate male versus the ultimate meatball."
11. During the charity match, how much did Rocky weigh?

The announcer said that Rocky weighed 202lbs. When Rocky and Mickey saw Thunderlips come to the ring, Rocky asked Mickey, "How much do you think he eats?", and Mickey replied, "about 202 lbs."
12. When the wrestler threw Rocky into the crowd, what did Rocky yell?

During the match, Thunderlips had Rocky in a chokehold, then he gave Rocky a back breaker, then he gave him a suplex, and then a huge leg drop. Then Thunderlips grabbed him, and hoisted Rocky over his head and threw him into the crowd. Rocky yelled, "catch me." Paulie ran over to Rocky and helped him take off the boxing gloves.

Then Rocky got back into ring and called Thunderlips. Rocky began pummeling him until the bell was sounded. The announcer said the match was a draw.
13. What did Paulie hit the wrestler with?

As Thunderlips had Rocky in the air, choking him, Paulie grabbed a wooden chair and hit Thunderlips on the back with it, breaking the chair.
14. What was the name of the newspaper that showed the picture of Rocky and the wrestler?

This is clearly shown after Thunderlips agrees to take the picture. The picture is shown in black and white.
15. In which ear is Mickey's hearing aid in?

Mickey's hearing aid was the kind that had a wire attached. The hearing aid was in his right ear.
16. During the dedication ceremony, what kind of jacket is Clubber Lang wearing?

Hanging on Mickey's closet door are two pairs of boxing gloves. Mickey and Rocky argue about the boxers that Rocky had defended his title against. In the end, Mickey agrees to train Rocky one last time before they both retire.
18. When Rocky asked Mickey what are they going to do when it's all over, what did Mickey reply?

After Rocky's circus-like training at the hotel, Rocky asked Mickey what are they going to do when it's all over, and Mickey replied, "I don't know. Maybe join the circus." Mickey then told Rocky to get a shower and then a rub down.
19. When Rocky and Clubber meet backstage, what did Clubber call Rocky?

Before the match, Rocky and Clubber met in the hallway backstage. The two got in an argument, and Clubber called Rocky a "paper champion." About this time, Clubber pushed Mickey and then he and Rocky got in a brawl. The men were separated, but only after Adrian yelled for Rocky because Mickey was having a heart attack.
20. Who stayed with Mickey while Rocky went to fight Clubber?

Rocky told Adrian to take care of Mickey. Rocky then told Paulie to call a doctor, and Paulie told him that the doctor was on his way. Then Rocky and Paulie left for the ring.
21. According to the announcer, how much did Clubber weigh in the first match?

Clubber, played by Mr. T, weighed in at 235 lbs. He was in the blue corner, and he hailed from Chicago, Illinois.
22. According to the announcer, how much did Rocky weigh in the first match?

Rocky weighed in at a trim 201 lbs. He was in the yellow corner, and he hailed from Philadelphia, Pennsylvania.
23. What was the name of the referee for the first match?

Marty Denkin, who was a referee in real life, was the referee for the first match between Rocky and Clubber.
24. Inside of how many rounds did Clubber defeat Rocky?

Rocky, who was worried about Mickey, was defeated by Clubber in the second round. When Rocky went to Mickey after the fight, Mickey asked how it went and Rocky said it was a knockout. Mickey asked how many rounds, and Rocky said two. Mickey thought that Rocky defeated Clubber, and he died thinking this.
25. On Mickey's grave marker, when did it say he was born and when did he die?

This can be seen after Mickey's casket is placed in the wall. Mickey was placed in the wall of a mausoleum. This is an above ground funeral. The burial ceremony was a standard Jewish ceremony. Thanks to BungeeAZ for this information. All information comes directly from the movie "Rocky 3," which was shown on March 31, 2002 on TBS.
Source: Author DakotaNorth 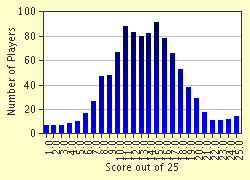