This quiz is about 'Rocky 3'. This had to be the best sequel in the 'Rocky' series. Again, only true fans of this movie should take this quiz. Have fun and good luck.

Quiz Answer Key and Fun Facts
1. After Mickey died, Rocky is grieving and he gets on his motorcycle and rides to the statue of himself. Then he heads to the gym where Mickey had trained him. While he's at the gym, Apollo comes in. How long did Apollo say he waited at Rocky's house?


Answer: About an hour

As Rocky is standing in the gym in the dark, Apollo comes walking through the door just as Rocky hits a punching bag. Apollo says, 'that's not the way to do it', and Rocky said, 'is that you, Apollo?'. Apollo talks to Rocky about his career and about Mickey dying. Apollo tells Rocky he wants to help him get the title back.
2. While in the gym, what does Apollo say Rocky lost?


Answer: 'The edge, the eye of the tiger'

Apollo said that when he and Rocky fought the second time, Rocky had the edge and the eye of the tiger, and he didn't and that's how come he lost to Rocky. Apollo said that Rocky had lost it, and that the only way to get it back was to go back to the beginning.
3. In the scene after Apollo talks to Rocky at the gym, we see Rocky, Adrian, Apollo, and Paulie sitting on the couch in front of the television watching the news. The newscaster is interviewing Clubber, and after the interview he says that it will be hard for Rocky to make a comeback at his age. What age did the newscaster say Rocky was?

Apollo brought Rocky to downtown Los Angeles to train. This is where Apollo started his own career, and he wanted to teach Rocky what he was taught.
5. What was the name of the hotel that Rocky, Adrian, and Paulie stayed at while Apollo was training Rocky?

The name of the hotel, which was really a dive, was shown as the cab pulled up in front of it.
6. When Apollo brought Rocky, Adrian, and Paulie to the gym, they stood in front of the bathroom. The bathroom door was open, and a sign was above the toilet. What did the sign say?


Answer: Flush the toilet damn it

The sign, which was above the toilet, read 'Flush the toilet damn it'. This is clearly seen as Apollo and Paulie are arguing.
7. What did Paulie call the music that Apollo and Rocky were dancing to?

Paulie said this to Duke as Apollo was trying to teach Rocky dance moves that will help him in his fight against Clubber.
8. During Rocky's training, who did he pull into the swimming pool?

This happened after Adrian had her famous talk with Rocky on the beach. After the pep talk, Rocky really got into his training, and during one of his swimming exercises he pulled Paulie into the pool.
9. During Apollo's and Rocky's last race on the beach, what color shirt and shorts was Rocky wearing?

Apollo was wearing red shorts and a navy blue shirt with white trim.
10. When asked what his prediction was, what did Clubber reply?

This was said in Clubber's dressing room before the rematch.
11. What did Apollo give to Rocky before the match?

Apollo told Rocky to make sure he washes them before he gives them back.
12. What color robe did Rocky wear for the rematch?

The back of the robe had his name in black writing.
13. According to the commentator, what kind of eyes does Clubber have?

According to the commentator, Clubber had the most sullen eyes he had ever seen.
14. Where was the rematch held?

This was said before the match by the announcer when he welcomed everyone to Madison Square Garden.
15. What was the name of the referee for the rematch?

Rocky lost ten pounds total for the rematch.
18. When Rocky and Clubber met in the center of the ring, before the match started, what did Rocky say to him?


Answer: go for it

After Clubber said he was going to get Rocky, Rocky replied, 'go for it'. This line was the most famous line of the movie.
19. In the second round, how many times did Rocky fall?

Rocky fell twice after getting a severe beating from Clubber. Rocky got back up both times.
20. When Apollo said that Rocky was getting killed, what did Paulie reply?

After Paulie said this, Apollo watched as Rocky pummeled Clubber, and then Apollo leaned over and gave Paulie a kiss on the cheek.
21. Inside of how many rounds did Rocky defeat Clubber?

Clubber was knocked down and counted out in round 3. Rocky became the new Heavyweight Champion of the World, again.
22. When did Apollo think of the favor that he wants from Rocky?


Answer: About 3 years ago

Apollo said that he thought of the favor about three years ago, after he lost to Rocky.
23. According to Apollo, how many seconds did Rocky defeat him by?

Apollo said, 'One second, one second, that's very hard for someone of my intelligence to handle'. And Rocky replied, 'I thought you said that you learned how to live with it?', and Apollo said, 'I lied'.
24. When Apollo and Rocky were walking towards the ring, what did Rocky say to Apollo?

Apollo laughed at this. When Rocky asked how Apollo was going to beat him since he taught him everything he knew, Apollo said, 'almost everything. You have to remember, you fight great but I'm a great fighter'.
25. In what year was 'Rocky 3' released?

'Rocky 3' was released in 1982. Sylvester Stallone wrote and directed the movie. All information comes directly from the movie 'Rocky 3'.
Source: Author DakotaNorth 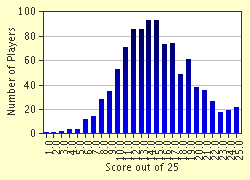