One of the top-grossing movies of the 1970s, "Silver Streak" is the subject of this quiz.

Quiz Answer Key and Fun Facts
1. Which major motion picture company was involved in the making of "Silver Streak"?

"Silver Streak" premiered in the United States on December 8, 1976. The movie's producers, Edward K. Milkis and Thomas L. Miller, are better known for their work on television, including the sitcoms "Laverne & Shirley" and "Happy Days" for Paramount Television. Frank Yablans, one of the executive producers, served as head of Paramount during the 1960s.

His counterpart, Martin Ransohoff, was a producer on such movies as "The Cincinnati Kid" and "Ice Station Zebra" prior to "Silver Streak".
2. What did George Caldwell, the book editor and the main character in "Silver Streak", give as his primary reason for riding the train?


Answer: He wanted to be bored

George Caldwell, played by Gene Wilder, admitted to a fellow passenger that he wasn't afraid to fly. He was simply tired of the Los Angeles rat race and wanted to relax. He figured that a nice, long train ride to Chicago would help him do just that, even though he also admitted to another passenger that he had never ridden a train. Caldwell had no idea that he was really in for the ride of his life.
3. Hilly Burns, the woman with whom George Caldwell developed a romantic relationship while on board the train, did what for a living?

Played by Jill Clayburgh, Hilly Burns worked for an art historian, Professor Schreiner (played by Stefan Gierasch). She and Caldwell bonded over gardening tips that he had learned over the years in his job. While she was making love with Caldwell later on, he claimed to see Schreiner's body dangling past their window. Hilly tried to assure Caldwell that he was just seeing things and that her boss was just fine.
4. George Caldwell was implicated in the murder of an undercover law-enforcement agent named Bob Sweet. Which veteran character actor played Bob Sweet?

Using the cover of a vitamin salesman, the jovial and somewhat lecherous Sweet tried to make friends with Caldwell and make time with Hilly. He wasn't on board to win friends and move product, although he did pitch George on the benefits of Vitamin E when they first met. Sweet's job was to investigate the mysterious Rembrandt letters upon which Professor Schreiner based his book. Sweet met the same fate as Schreiner, and as a result, Caldwell was implicated in Sweet's murder.
5. Which famed composer was responsible for "Silver Streak's" soundtrack?

The soundtrack to "Silver Streak" was never officially released in the United States before Henry Mancini's death in 1994. Intrada, a leader in production of music for motion pictures and television, released the soundtrack in 2002 -over a quarter-century after the film's original release. Mancini was responsible for a number of other musical scores, including "The Pink Panther" and "Romeo & Juliet".
6. Roger Devereau proved to be a devious foe who, if he had his way, would have stopped a potentially explosive book from being published. Which actor, best known for playing a secret agent on television in the 1960s, played the role of Roger Devereau?

Roger Devereau didn't want Professor Schreiner's book on Rembrandt to ever see the light of day. He was determined to destroy the Rembrandt letters, which would expose a group of art forgers, and take Hilly hostage, so she couldn't squeal to the authorities. On hand to help Devereau in his murderous plot were Mr. Edgar Whiney (played by Ray Walston) and the towering, metal-mouthed Reace (played by Richard Kiel).
7. A controversial scene involving George Caldwell and small-time thief Grover Muldoon, took place when the train stopped in Kansas City. What happened in this scene?


Answer: Grover put George in blackface to escape the cops

Grover Muldoon, played by the late Richard Pryor, helped George Caldwell get past the police, who were looking for him in connection with Sweet's murder. To get the effect of blackface, Muldoon plastered Caldwell with black shoe polish. Eventually, the two men made it back onto the train, with Caldwell bent on saving Hilly from Devereau and his men.

According to the Internet Movie Database, Pryor was uncomfortable putting Wilder in blackface because he felt African-American viewers would be offended. He asked director Arthur Hiller to re-shoot the scene to show Muldoon reacting in horror.
8. When Roger Devereau took off with the train after a gun battle with police, what did he use to defeat the dead-man's switch to keep the train in motion?

Devereau's theft of "Silver Streak" set up a showdown between him and police chief Donaldson (played by Len Birman). Devereau exchanged gunfire with Donaldson, who followed the train in a police helicopter. Devereau, stricken by a shot from Donaldson, died when his head, sticking out of the locomotive's door opening, was hit by a train passing in the other direction.

The train, with its dead-man's switch defeated, continued out of control towards Chicago.
9. The only person standing between the runaway train and impending disaster, was assistant rail-yard controller Jerry Jarvis. Which comedic actor played the role of Jerry Jarvis?

Jarvis told Chief Donaldson that the standard procedure for handling a runaway train was to derail it through the train yard. When Donaldson told him that there were still people on board, Jarvis stated that he couldn't be accountable for deciding what to do with the train, and that he would have to get his boss, who happened to be at lunch at the time.

The chief replied that Jarvis better do something quickly, or he'd "have two hundred tons of locomotive smashing its way through Central Station on its way to Marshall Fields!"
10. George, Hilly and Grover worked together to disconnect the locomotive from the rest of the train as it entered the Chicago rail yard. What happened to the locomotive after it was disconnected?


Answer: It plowed through the train station

The amazing crash sequence was filmed inside two Lockheed aircraft hangars in California. A full-scale train station set was built inside the hangars and the filming did not involve any trick photography or miniatures. In fact, the entire sequence was shot in just one take.
Source: Author cag1970 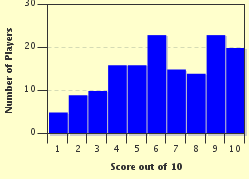