Quiz Answer Key and Fun Facts
1. How many year(s) have passed according to the original recording, since the Alice's Restaraunt incident occurred?

The incident happened two years before the record came out describing the the whole affair and a movie was released two years after the release of the recording.
2. Where was Alice's Restaurant located?

The scene of the affair was indeed the tiny town of Stockbridge, MA.
3. What could you get at Alice's Restaurant?


Answer: Anything you want

According to the last chorus, 'you can get anything you want at Alice's Restaurant, exceptin' Alice'.
5. Where did Alice Live?

Alice lived in a church located near the restaurant. Actually she lived in the bell-tower of the church with her husband Ray and their dog Fasha.
6. On what holiday does this whole affair begin?

Thanksgiving is the holiday that was being celebrated at Alice's when the whole messy affair began.
7. What was the church full of?

Since the pews had been removed from the church, Alice decided that they would put their garbage where they had been and they wouldn't have to take their garbage out for a long time.
8. As a gesture of kindness, the stuff the church was full of was loaded into what to be gotten rid of?

All the garbage was loaded into a red VW micro bus to be taken to the dump, which when they arrived was closed for Thanksgiving.
9. To make a long story short, what crime(s) was were eventually committed?


Answer: littering and creating a nuisance

Eventually the crimes of littering and creating nuisance would come to back to haunt one all American New York boy.
10. What was the name of the cop who investigated this heinous crime?

Officer Obie was indeed a peace officer for the town of Stockbridge, MA and was also in the movie version of this incident as himself.
11. How many 8x10 color glossy photographs with arrows and circle and paragraphs on the back of each one were taken of the crime scene?

Officer Obie finally got his chance to use all that police equipment including the camera to make these photographs.
12. Where did all American New York boys go to register for the draft?

Whitehall Street, NY was the place to go and register to join the army during the time when the draft was in place and used.
13. What group were you put in if you might not be moral enough to join the army?

Group W was the group you were put into if you had committed a crime and might not be moral enough to 'kill, kill, kill' for the army.
14. What is enshrined in Washington DC as a result of the whole draft registration incident?

As a result of being asked if he had rehabilitated himself, our all American New York boy was fingerprinted and these black and white prints were sent to Washington DC.
15. What is the one thing you can say to your shrink if you or someone you know are in a similar situation?


Answer: 'Shrink, you can get anything you want at Alice's Restaurant.'

What else is there to say to end this quiz other than 'You can get anything you want at Alice's Restaurant.'
Source: Author lily57 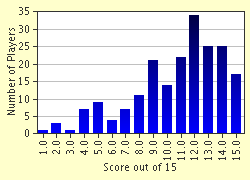 
Other Destinations
Explore Other Quizzes by lily57