A quiz on Black Sabbath's songs, albums and lycrics. Let me know what you think!

A multiple-choice quiz by May02. Estimated time: 4 mins.

These songs feature on the album 'Dehumanizer', released in 1992. The song 'Time Machine' is featured in the film 'Wayne's World'.
2. On which album do the songs 'Cross of Thorns' 'Immaculate Deception' and 'Evil Eye' feature?

These songs feature on the album 'Cross Purposes', released in 1994. The song 'Evil Eye' was supposed to feature Eddie Van Halen, but he was prevented from doing so due to scheduling conflicts.
3. On which album do the songs 'Sphinx', 'Danger Zone' and 'Heart Like a Wheel' feature?

These songs feature on the album 'Seventh Star', released in 1986. This album was supposed to be a Tony Iommi solo album, but Black Sabbath's management put pressure on him to call it a Black Sabbath album. The official title for this album is actually 'Black Sabbath featuring Toni Iommi'.
4. Which song features the lyrics 'whirlwind churning, lovers learning'?

These lyrics feature in the song 'A Hard Road'. This song features on the album 'Never Say Die'. This song is the only Black Sabbath song that features Tony Iommi's voice.
5. Which song features the lyrics 'Make a joke and I will sigh'?

These lyrics are from one of my favourite songs of all time, 'Paranoid', from the album of the same name. The original title for this album was 'War Pigs', but it was hastily changed due to the Vietnam War.
6. Which song features the lyrics 'She told me she had the call'?

These lyrics are from the song 'Gypsy', which features on the album 'Technical Ecstacy'.
7. Which song feaures the lyrics 'The neon lights are shining on me again'?

These lyrics are from the song 'Dirty Women', which features on the album 'Technical Ecstacy', released in 1976.
8. Which album features the songs 'Turn up the Night', 'Voodoo' and 'The sign of the Southern Cross'?

These songs are from the album 'Mob Rules', released in 1981. The songs 'E5150' and 'Mob Rules' feature on the soundtrack to the movie 'Heavy Metal'.
9. Which album features the songs 'Hole in the Sky', 'The Thrill of it All' and 'The Writ'?

These songs feature on the album 'Tyr', which was the bands' first album of the '90's. This album was re-released in September 1999.
Source: Author May02 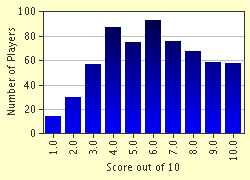 
Other Destinations
Explore Other Quizzes by May02