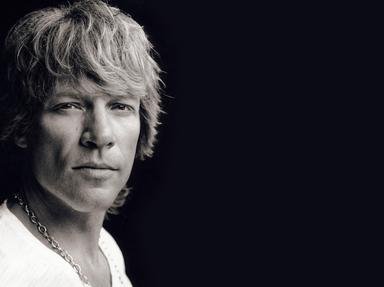 This is a mix of albums which also includes Jon and Richie solo albums.

Quiz Answer Key and Fun Facts
1. "When you're mad at the world and you feel like you're losing control."

From Keep The Faith Album it came out in 1992.
2. "She's accidental innocence and white trash elegance."

The song "Neurotica" was not on the USA version.This Crush Album came out 2000. They did touring through 2001 for this album.
3. "When the line between brothers and justice have changed you do what you've got to because you can't walk away."

This was on the young guns 2 Soung track.Jon also had a small role in this movie. He also sang all the songs for the movie. It was released in 1990.
4. "Do you remember our love was deeper than the night was long."

This song is on Richie's album "Stranger in this town". This album was released in 1991 it was Richie's first solo album.
5. "My teachers didn't like me they always tried put me down 'cause I wore my hair too long."


Answer: "Blame It On The Love Of Rock and Roll"

From "Keep The Faith" this album was made 5 years after "Slippery When Wet". Also this is when Jon cut his hair."
6. "Staring out the window,it's such a long way down."


Answer: "My Guitar Lies Bleeding In My Arms"

This song was on "These Days" Album. This album came out in 1995 and they were less one band member which was Alec John Such who left the band in 1994.
7. "Did I see a tear fall from your eyes or did you laugh so hard you cried."


Answer: "Every Word Was a Piece Of My Heart"

This song was from Jon's album "Destination Anywhere". It was
released in 1997.
8. "I know this Puerto Rican girl who lied to change her life."


Answer: "All I Want Is Everything"

9. "His gipsy heart keeps his shadow ridin' through the rain."

Richie's solo album "Stranger In This Town".
10. "This clown has got to get his feet back on the ground."


Answer: "Learning How to Fall"

From "Destination Anywhere", this is Jon's solo album released in 1997.
Source: Author jbjlover 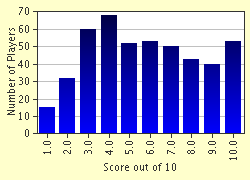 
Other Destinations
Explore Other Quizzes by jbjlover