This ten question quiz includes six number one hits. All songs are from the 1970s and 1980s. Have fun!

Quiz Answer Key and Fun Facts
1. In this 1983 number three song, Kathy Mattea tells the story of Eddie and his female love: "She made the Woolworth counter shine" What is the name of Eddie's girl?

This was Mattea's first top ten song and the first single released from her third studio album "Walk The Way The Wind Blows".

Composed by Nanci Griffith who also included it on her 1986 album "The Last Of The True Believers".
2. How many times have you said or heard it said ... I seldom watch the news, it's too depressing? For this 1983 number one song, which of the country ladies listed below said she would like to hear "A Little Good News" today?

"Nobody robbed a liquor store on the lower part of town
Nobody OD'ed, nobody burned a single buildin' down
Nobody fired a shot in anger, nobody had to die in vain
We sure could use a little good news today"

"Nobody was assassinated in the whole Third World today
And in the streets of Ireland, all the children had to do was play
And everybody loves everybody in the good old USA
We sure could use a little good news today"

From Anne Murray's album, "A Little Good News", this song won her a Grammy Award in 1983 for Best Country Vocal Performance. She also has two other Grammys in the country category and one Grammy in the pop category.
3. Dolly Parton starts off this particular song (number one in 1984) with approximately 30 seconds of yodeling. Can you identify which one of her songs listed below I'm referring to?

Over the course of her varied musical and acting career, Parton has released over one hundred singles, twenty number one solo hits and forty-five music videos. Also, she has appeared in twelve movie films and twelve television programs.

Among her numerous awards and nominations, Parton has made substantial contributions through her philanthropic activities.
4. Here is a number one hit from 1985 ... can you pick the correct words to fill in the lyric gap from the chorus? "Like a river it just keeps on rolling 'Till it fills you up to overflow and There's no stopping, no stopping, no stopping ______________"

Here is another verse of Marie Osmond's "There's No Stopping Your Heart" from her same-titled album:

In 1983, Osmond and singer/actor John Schneider co-founded the Children's Miracle Network, a non-profit organization raising money for children's hospitals throughout the United States.
5. I have provided the opening few lines of a 1982 number one song ... can you tell me who is this very successful, well-known country lady who is also known by her first name? "I walk into the kitchen The silverware is gone The furniture is missing I guess you got it all uhuh"

Reba McEntire's "Can't Even Get The Blues" from her "Unlimited" album, became her first number one hit and her fourteenth country hit.

Reba's television program "Reba" (2001-2007) won her the People's Choice Award for Favorite Female Performer in a New Television Series in 2002.
6. The lines below are sung by which country lady? "Can I see you tonight Just think of the time that we're wasting Everything will be right It could be love that we're making"

"Can I See You Tonight" released from Tanya Tucker's "Dreamlovers" album, was a number four hit in 1980.

Tucker has never won a Grammy Award, though nominated nine times between 1973 and 1994.
7. Emmylou Harris is asking this special request from a certain someone ... who is he? "Mr. ______________ bring me a dream Make him the cutest that I've ever seen Give him the word that I'm not a rover Then tell him that his lonesome nights are over"

Emmylou Harris first recorded this song in 1978 with Dolly Parton and Linda Ronstadt.

In 1981 Harris' solo version was released from her album "Evangeline", taking a number ten spot on the country charts.
8. The chorus for this 1975 number one song needs one word for completion ... can you identify the correct word? "I'll get the blanket from the bedroom And we'll go walkin' once again To that __________ down by the river Where our sweet love first began"

"Blanket On The Ground" by Billie Jo Spears, was her only number one hit out of 46 singles released.

This one was composed by Kris Kristofferson and recorded on his 1970 album, "Kristofferson".
This song has been covered by numerous artists, though Sammi Smith's recording is the most popular version.

The first two verses of "Help Me Make It Through The Night" are:

"Come and lay down by my side
Til the early mornin' light
All I'm takin' is your time
Help me make it through the night"
10. Which of the country ladies listed below sang this line in her 1972 number four song? "Just sip that wine and have a really good time And listen to a country song"

It was composed by Alan Garth and Jim Messina and recorded on Loggins & Messina 1971 album "Sittin' In".

Anderson has recorded over thirty studio albums and has had more than ten number one singles.
Source: Author annanne 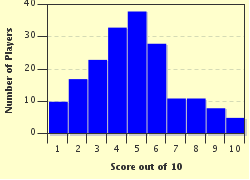