Classic Country - Who Sang That ? Quiz

I'm going to list a series of classic tunes. Your assignment is to give the correct artist/artists. Remember, I'm looking for the performer most closely identified with the tune, not a cover version.

Quiz Answer Key and Fun Facts
1. Which singing cowboy sang these hits? "I'm Thinking Tonight of my Blue Eyes" "The Last Round-up" "Back in the Saddle Again"

Over his career, Gene Autry made over 600 records and appeared in over 100 films.
Autry was the first of the movie "Singing Cowboys".
Autry was a supplier of rodeo animals for many years and, in 1979, was inducted into the Rodeo Hall of Fame.
2. Which story teller had these hits? "Detroit City" "A Dear John Letter" (with Skeeter Davis) "Marie Laveau" "The Winner"

After many attempts at song writing, without much success, Bobby wrote "The All-American Boy", and cut a demo for his friend Bill Parsons.
"Well, Gather round Cats and I'll tell you a story,
'Bout how to become an All-American Boy..."
Bobby was drafted into the Army shortly thereafter. Parsons recorded it for Fraternity Records, but the record company liked Bobby's demo better, released it, and watched it climb to number two on the "Hot 100" chart. Problem was, they released it under the name "Bill Parsons".
3. Which of these stars recorded these? "Some Broken Hearts Never Mend" "Living on Tulsa Time" "If I Needed You" (with Emmylou Harris)

Don Williams, nicknamed "The Gentle Giant" by his peers, started performing in a folk-pop trio, Pozo-Seco Singers, in the sixties. The group achieved some success, recording three albums.
The group split in 1970, and Don went on to record many songs, including 17 that reached number one.
4. Which of the following gave us these timeless tunes? "Mother Country Music" "Chiseled in Stone" "If You're Gonna Do Me Wrong (Do it Right)" "Set'em Up Joe (and Play Walkin' the Floor)"

Vern and his brother, Rex, began performing as the Gosdin Brothers in 1967.
They landed some club work, sang backup in some recording sessions, and recorded on their own, producing one song that charted at number 37 on the Hot 100 chart.
Within a year, Vern was out of the singing business, opening a glass and mirror shop in Atlanta and running the business for the next nine years.
In 1976, he signed with Electra Records and re-recorded the Gosdin Brothers' only hit, "Hangin' On". This time his duet-partner was Emmylou Harris. The song climbed quickly up the charts, resting in the top ten for nine weeks.
The rest, as they say, is history.
Vern was referred to as "The Voice" by his peers.
5. Who recorded these four hits? "Kiss an Angel Good Morning" "Hope You're Feelin' Me (Like I'm Feelin' You)" "Night Games" "Is Anybody Going to San Antone"

What can I say? Over a career spanning more than 30 years, Charley piled up 67 charted hits, including 29 number one hits.
Male Vocalist of the Year, 1971 & 1972, and Entertainer of the Year, 1971 are a few of his honors.
Charley is one of only three African-American performers to be inducted into the Grand Ole Opry.
6. Which of these 1950s superstars gave us these? "Let's Live a Little" "If Teardrops Were Pennies" "Are You Teasing Me" "Loose Talk"

Carl opened his recording career with a bang in 1951. "Let's Live a Little" reached number two on the charts.
Four records later, his "Let Old Mother Nature Have Her Way" became his first number one hit, one of only five in his career. He continued charting in the Hot 100 for another 23 years.
Carl Smith was the first husband of June Carter (Cash), and the father of Carlene Carter, a star in her own right.
His band was called the Tunesmiths, and he was known as "Mr. Country".
7. Which of the following recorded these classics? "Oh Lonesome Me" "Blue Blue Day" "I Can't Stop Loving You" "Sea of Heartbreak"

Don Gibson was a successful singer/songwriter over the decades of the 1950s and 1960s. He penned and recorded "Sweet Dreams" in 1956, his first recording, and it climbed to number one.
Mr. Gibson continued to record through the 1970s.
He joined the Grand Ole' Opry in 1958, was elected to the Country Music Hall of Fame in 2001.
8. Which of these singers, who's also an actor, recorded these novelty hits? "Amos Moses" "When You're Hot, You're Hot" "Lord Mr. Ford" "She Got the Gold Mine (I Got the Shaft)" "(I'm Just a)Redneck in a Rock and Roll Bar"

Known among his peers as "The Guitar Man", Jerry made his living with comedic material mostly. His work in the "Smokey and the Bandit" films is well known.
He was a regular on the TV series, "Concrete Cowboys".
He was honored as CMA's Musician of the year for 1970 and 1971.
9. Known for his war-themed tunes and his loud suits, who gave us these hits? "Soldier's Last Letter" "It's Been So Long Darling" "Rainbow at Midnight" "Filipino Baby" "Half a Mind" "Driving Nails in my Coffin"

Known as "The Texas Troubadour", Mr. Tubb began his recording career in 1944.
Some of his first hits were WWII related.
He acted in four Western movies.
Starting in 1947, he broadcast his own radio show from the Ernest Tubb Record Shop in Nashville.
Awards; Opry member since 1943 - C&W Hall of Fame- 1965
Father of Justin Tubb.
10. Do you recognize the singer responsible for these country classics? "Young Love" "A World of Our Own" "The Minute You're Gone" "It's the Little Things" "Take Good Care of Her"

Known as "the Southern Gentleman", Sonny charted with 72 hits from 1953 to 1983. This included 23 number one hits. Sonny put together an amazing string of sixteen straight number one recordings over a 5-year period.
Awards; Opry member since 1965 - Star on Hollywood's Walk of Fame, 1971 - C&W Hall of Fame 2006.
Source: Author luckytrim 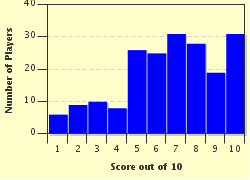 
Other Destinations
Explore Other Quizzes by luckytrim