This quiz includes eight number ones. Who is the artist, what is the next line, lyric specifics, etc. Have fun!

Quiz Answer Key and Fun Facts
1. John Schneider's "Country Girls", mentions five U.S. locations. Which of the following cities is NOT part of the lyrics?

"Country Girls" was Schneider's second number one hit, spending a total of 14 weeks on the country charts in 1985.

At age six, Skaggs shared the stage with Bill Monroe; he sang and played the mandolin.

At age seven, Skaggs was turned down to audition for the Grand Ole Opry, citing he was too young.
3. In this number nine hit from 1985, who is Eddy Raven asking: "could you be so kind"?

"Operator, Operator" (is the song title)
Could you be so kind
As to reconnect this number
I just spent my last dime
She's got my love on hold and my heart is on the line"

Raven's first number one hit was "I Got Mexico" from 1984.
4. In this 1979 number two hit, Ronnie Milsap states that "Daytona's nice this time of year". What does Ronnie see in Daytona?

This song "Back On My Mind Again" reached number one on the Canadian charts.
5. No one enjoys a broken heart, though in this 1981 number one hit, the singer claims it's "the best break this old heart ever had". Who is he?


Answer: get down on my knees

Conway Twitty's "Don't Take It Away", was a number one hit on both the U.S. and Canadian charts.

His record history includes 44 number ones (U.S.) and 49 number ones (Canada).
8. The following lines are from a 1989 number one song ... who is the artist? "I can't stand the thought Of never holding you tight Where did I go wrong And he go right"

Wariner composed the song and co-produced it with Jimmy Bowen.
9. According to Earl Thomas Conley, what does he claim is the third hardest thing he'll ever do?


Answer: leavin' here without you

In 1983, "Holding Her And Loving You" was ETC's fourth number one U.S. hit; number two in Canada. The song was nominated for multiple Grammy Awards.
10. The final question pertains to an early 1980s hit song, where the artist repeats the words "talk to me", fourteen times throughout the song. Please name the singer.

"Talk To Me", from Mickey Gilley's 16th studio album, "Put Your Dreams Away", took the number one spot (U.S.) and number three (Canada) in 1982.
Source: Author annanne 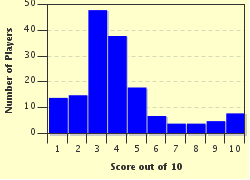