Iron Maiden is one of my favorite bands. Each of their singles had very distinct artwork that graced the cover. A quiz on the pictures that featured Eddie, the band's mascot.

Quiz Answer Key and Fun Facts
1. Let's start with a fairly simple one. Which single cover showed Margaret Thatcher lying on the ground while Eddie huddled over with a knife in his hand?

The cover to "Sanctuary" was censored by the British Government. When originally released, Mrs. Thatcher's face was blacked out.
2. Which single cover shows a young woman seated before a mirror, with a ghostly image of Eddie creeping up behind her?

She also has a black and white photograph of him on her dresser.
3. This single cover shows Eddie wrestling with the Devil and preparing to drive a hatchet into the Devil's chest. Which of Iron Maiden's singles does this picture accompany?


Answer: "Run to the Hills"

One of the band's most popular tunes, the song tells the story of the conquest of the American Indians. From "The Number of the Beast" album (1982).
4. Which single depicted Eddie as a British soldier stepping through the carnage of the Crimean War?

From 1983's "Piece of Mind" album.
5. Artist Derek Riggs was in true form when he designed the artwork for the "Aces High". The picture shows Eddie as a fighter pilot during which epic battle of World War II?

"Run...live to fly, fly to live...do or die."
6. This post-apocalyptic drawing featured Eddie seated on the ruins of the United Nations building as a mushroom cloud exploded in the background. Which Cold War inspired single had the above image as its coverwork?

A great song inspired by fears of a nuclear winter.
7. Here's another one that should be easy. What single featured Eddie in a futuristic saloon, surrounded by various aliens?


Answer: "Stranger in a Strange Land"

Very reminiscent of the "mysterious man with no name" that appeared in countless Westerns movies throughout the years.
8. Margaret Thatcher got her revenge on Eddie in a later drawing. What single showed her armed with a rifle and waiting for him in an alleyway?

The band decided to "apologize" to Mrs. Thatcher in their own, unique way.
9. What cover featured Eddie atop a stack of burning television sets?

The song spoke out against the hypocrisy of televangelists. From "No Prayer For the Dying" (1990).
10. The single "The Angel and the Gambler" had three separate covers. Which of the following were NOT one of them? 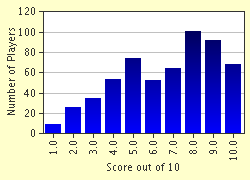 
Other Destinations
Explore Other Quizzes by bigox