10 Average Questions about Kiss In Other Words

I'll give you a phrase, and you come up with the correct title for the Kiss song that I have described.

Share on Facebook
Share on Twitter
Share by E-Mail
Author
BungeeAZ
Time
4 mins
Type
Multiple Choice
Quiz #
117,248
Updated
Dec 03 21
# Qns
10
Difficulty
Average
Avg Score
7 / 10
Plays
3574
This quiz has 2 formats: you can play it as a or as shown below.
Scroll down to the bottom for the answer key.

Quiz Answer Key and Fun Facts
1. You and I should insert the 24th letter of the alphabet in this word

This song appears on the 1988 album "Smashes Thrashes and Hits".
2. Not hot distilled beverage

A classic, this Ace Frehley penned tune appears on their debut album.
3. I really really like the volume level very high


Answer: I Love It Loud

This appears on the 1982 album "Creatures of the Night."
4. Sway and spin throughout the evening


Answer: Rock and Roll All Nite

This is not "Tossing and Turning." The phrase throughout the evening should have tipped you off on the words "all nite."
5. Ruler of cardiac muscles

"King of Hearts" appears on "Hot in the Shade," released in 1989. This was the last full length album of new material that Eric Carr appears on, with the exception of "Carr Jam '81" which appears on "Revenge."
6. Australian weapon

The boomerang is a weapon that originated in Australia. You throw it, and if it misses its target, it comes back to you.
7. Advise me

"Let Me Know" appears on the debut album, released early 1974.
8. District station for the first responders

Firemen are known as first responders. They wait for their call in the firehouse.
9. Strain your vocal chords to their maximum capacity


Answer: Shout It Out Loud

"Shout It Out Loud" first appeared on "Destroyer". It is a perennial classic.
10. I continue to be enamored of you


Answer: I Still Love You

"I Still Love You" is a classic from the "Creatures of the Night Album." Hope you enjoyed this quiz.
Source: Author BungeeAZ 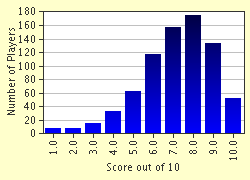 
Other Destinations
Explore Other Quizzes by BungeeAZ