Quiz Answer Key and Fun Facts
1. Which song was only played once live and has no known live film footage?

"Great Expectations" was played at the Symphony show in 2003. "Flaming Youth" was played three times on the "Destroyer" tour and there was film footage for the song on a DVD called "The Lost Concert." and "Do You Love Me?" has been played live MANY times, even though it wasn't included on "Alive II".
2. Which song was the highest charting on the album, peaking at number seven?

"Beth" was the B-side of the "Detroit Rock City" single. The reason they put "Beth" on the B-side is because Gene and Paul considered it a filler song. In fact, they didn't even want the song on the album. Producer Bob Ezrin is the man that decided the song had to be on "Destroyer", overruling Gene and Paul. "Beth" was also a People's Choice Award winner.
3. Which song has these lyrics: "there's a truck ahead, lights staring at my eyes"?

The album version of "Detroit Rock City" has a newscast at the beginning, in which a head-on collision with a truck is mentioned. Gene supposedly actually heard that newscast on the radio.
4. In addition to Electric Lady Studios, where else was the "Destroyer" album recorded?

The album went on to go triple platinum and be regarded by many as their best studio work.
5. Which member played decided not to play on a couple songs on the album, instead letting another musician play their parts?

Yup, Dick Wagner played lead guitar on some of the songs. According to Bob, the reason Ace didn't play was because he was "in the other room, watching TV." Ace didn't like Bob Ezrin and he's the one that suggested that KISS get back with Eddie Kramer for their next album, "Rock And Roll Over". Dick played the solo on "Sweet Pain" and the acoustic guitar on "Beth".

He also played on the song "Flaming Youth" which is odd since Ace wrote the song.
6. What was the opening track for the "Dynasty" tour?


Answer: King of the Nighttime World

It worked quite well as an opener.
7. Which of the following songs did Gene NOT write or co-write?

"God of Thunder" was Paul's song. After hearing the demo, Ezrin suggested that Gene sing it, which shocked Paul. Gene does have a co-writing credit in the other three (yes, including "Flaming Youth").
8. Which song was originally titled "Mad Dog"?

The guitar line that follows the "higher and higher and higher" part was originally written for a song called "Mad dog" which is included in the box set.
9. Which song, hated by many die-hard fans, was performed live for the first time at the KISS Symphony show?

It was performed with the Melbourne Symphony Orchestra and the Australian Children's Choir. Some fans say that was the only good part of that show. Others simply don't like the song.
10. What was the album's first single?


Answer: Shout it out Loud 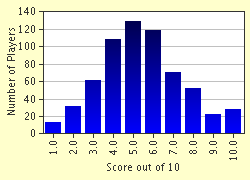