10 Questions about Pink Floyd In Other Words | Music

I have one more of my In Other Words quizzes, this time on Pink Floyd. Good luck and have fun.

Quiz Answer Key and Fun Facts
1. What song was the band talking about when they wanted you to GLOW ON YOU WILD CRYSTAL STONE?


Answer: Shine On You Crazy Diamond

"Shine On You Crazy Diamond" was released on Pink Floyd's 1975 album, "Wish You Were Here". The song was a tribute to Syd Barrett, who had been the group's lead guitarist and songwriter. Barrett was dismissed from the group in 1968 due to insane behavior from drug use. During the band's recording of this song, Barrett attended the recording session.
2. They just invited you to POSSESS A TOBACCO CYLINDER. What are they really offering?


Answer: Have A Cigar

"Have A Cigar" was also from the album "Wish You Were Here". The song was about how musicians are dominated by corporations. Folk singer Roy Harper sang lead on the number, since singer Roger Waters' voice was shot after singing "Shine On You Crazy Diamond" and co-singer David Gilmour refused to sing lead.
3. Now the group wants to say GREETINGS TO THE DEVICE. What song is this similar to?


Answer: Welcome To The Machine

"Welcome To The Machine" was another "Wish You Were Here" product. The song focused on the band's producers and managers' control of them and their careers. The band claimed that led to the breakdown of original member Barrett.
4. Now the guys WANT FOR YOU TO BE IN THIS PLACE. What song is this from?


Answer: Wish You Were Here

"Wish You Were Here" was the title track of their 1975 album. Like other songs from the album, it dealt with the trials and tribulations of their friend and former band member, Syd Barrett.
5. What song are the guys making sound like CASH AND COMMODITIES?

"Money" was from the band's enormously successful album, "Dark Side Of The Moon", released in 1973. The song tells of the bad effects money can have on people, hence the lyric, "money so they say is the route of all evil today".
6. There's this one song the group performed about a guy who was EASILY UNFEELING. Which song sounds most like this?

"Comfortably Numb" was from pink Floyd's 1979 double album, "The Wall". The song, which had the original title, "The Doctor" was written by Roger Waters and David Gilmour. "Comfortably Numb" was also released as a single in 1980.
7. If the group wants to put AN ADDITIONAL RECTANGULAR BLOCK IN THE STRUCTURE, it would sound as if they were doing the title of what song?


Answer: Another Brick In The Wall

"Mother" was also included on "The Wall". it is an epic about a boy who is raised by his widowed and overly protective mother, which results in the lad becoming a total misfit in society.
9. Now they're making DUPLICATED VOICES AND NOISES. According to what song were they actually making?

"Echoes" was released on Pink Floyd's 1971 album, "Meddle". The song was 23 minutes long and had the original title of "Return To The Sun Of Nothing".
10. Finally, the band is discussing business about OUR PEOPLE AND ANOTHER GROUP OF PEOPLE. What song is this?


Answer: Us And Them

"Us And Them' was from Pink Floyd's 1973 album, "Dark side Of The Moon". It was the longest track on the album at 7 minutes and 51 seconds.
Source: Author diamondjim68 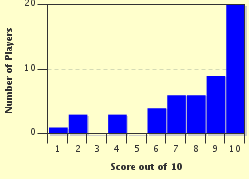