Westlife are one of Ireland's top boybands. Are you a fan?

Quiz Answer Key and Fun Facts
1. What are the first names of the original five members of the band?

The original members were Nicky Byrne, Kian Egan, Mark Feehily, Shane Filan and Bryan McFadden. The boys come from Dublin and Sligo.
2. Which member of Westlife hosted the Cheerios Childline Concert in 2008?

Nicky hosted the Cheerios Childline Concert at the O2 in Dublin on December 2008. The concert was the first ever staged at the O2 venue.
3. Shane bought a Padraic Harrington shirt at an auction to raise money for St. Jude's Orphanage in Uganda. Do you now how much he paid for the shirt?

The auction was staged at the Radisson Hotel and the shirt was auctioned for the St. Jude's Children's Orphanage in Uganda. Golfer Padriac Harrington won the Open and USPGA Championship at Oak Hills.
4. What was Westlife's first number one in the Irish charts?

"Swear It Again" was their first number one and it went straight in to top of the charts. Since then they have been topping the charts time and time again including all the above songs.
5. In which country did Westlife's "The Love Tour" begin?

"The Love Tour" began in Perth, Australia in 2007 and went on to play in four other Australian cities before moving on to perform in various venues throughout South Africa and United Kingdom.
6. One band member left the group in 2004. Do you know which one?

Bryan McFadden left the group in March 2004 and went on to follow a solo career. He co-wrote the song "If My World Stopped Turning" and was sung by Chris Doran as Ireland's entry in the "Eurovision Song Contest" 2004.
7. What was the name of the band Mark, Kian and Shane were in prior to Westlife?

IOYOU was a six member band but only the three members were joined Nicky and Bryan to become Westlife. The band was signed on by Simon Cowell and managed by Louie Walsh in 1998. Since then the band has won several awards including "Best Irish Pop Act" at the annual Ireland Meteor Awards and ITV "Record of the Year" award in the UK.
8. Which member of the band won a Peter Marks VIP Style Award in March 2009?

The Peter Marks VIP Style Awards were held at the Shelbourne Hotel, Dublin where Nicky walked away with the award for Most Stylish Man.
9. Which Westlife hit was featured in the film "Pokemon 2000"?

"Pokemon 2000" was released in Japan in 1999 and released in the United States in 2000. "Flying Without Wings" was the last song played during the credits.
10. Westlife were originally called "Westside" but the name was changed to "Westlife". Do you know why?


Answer: The name was already taken by another band

The group was formed on July 1998 and was at first named Westside but as the name was already taken by another band, it was changed to Westlife.
Source: Author SionnachIrl 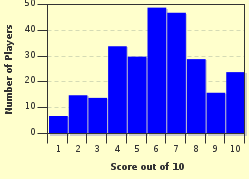 
Other Destinations
Explore Other Quizzes by SionnachIrl