Guess the Westlife song title or missing lyric. Only from "Face to Face", "The Love Album" and "Back Home". Have fun.

This song is from their 2005 album "Face To Face". This song only reached number four in the U.K.
2. "That leaves your soul to bleed". From which Westlife song is this taken?

This song was written by Amanda McBroom and sung by Bette Midler in the 1979 movie, "The Rose". The song reached number three in the U.S. charts in 1979 when sung by Bette Midler. In 2006, it reached number one in the U.K. charts when Westlife covered it on their "The Love Album".
3. Which Westlife song starts with the line "Took some time to heal, to get my heartbeat back"?

"Took some time to heal, to get my heartbeat back
Just when I'm ahead
Returning from the dead
She's back again..."
"She's Back" is from Westlife's 2005 album "Face To Face". This song was written and produced by Steve Mac.
4. "Everybody Needs Affection" This is the first line from which Westlife song?

Colour My World" was on the 2005 album "Face to Face" and was originally an unreleased Backstreet Boys song. The album "Face to Face" was their fifth number one selling album in the U.K in 2005.
5. "I'd gladly walk across the desert with no shoes upon my feet". This is the first line to which song that Westlife covered on their "Love Album"?


Answer: Love Can Build A Bridge

This song was originally released by, The Judds in 1990 (A mother/daughter country singing duo). It reached number five on the U.S. charts in 1990. Westlife covered this song on their 2006 "The Love Album".
6. "I wanna hold you close under the rain". Westlife sang this song with a diva from the sixties. Do you know the name of it?


Answer: When You Tell Me That You Love Me

This song was originally released by Diana Ross in 1991 and then re-released with Westlife in 2005 for their "Love Album" It reached number two on the U.K charts in 2005.
7. "But you reach out and she's there, Every moment everywhere" Can you name the song?


Answer: Have You Ever Been In Love?

This was released by Leo Sayer in 1983 and then covered by Celine Dion on her 2003 album "A New Day Has Come". Westlife covered this song on their 2006 album "The Love Album".
8. Westlife's first single released from their 2007 album "Back Home" is called "Home". Who originally had a hit with this song?

"Home" was written by Michael Bublé, Amy Foster-Gillies and Alan Chang. It was taken from Michael Bublé's 2005 album "It's Time". Westlife released this song on 29 October 2007 and it reached at number three on the U.K. Charts soon after its release.
9. Which 2007 Westlife song starts with the lines "He called her on the road from a lonely cold hotel room"?

"I'm Already There" was originally released in 2001 by an American country band called Lonestar and it reached number one on the U.S country charts.
Westlife released this song in 2007 on their "Back Home" album. It was written by Richie McDonald, Frank J. Meyers and Gary Baker.
10. "There's a ____ in my eyes, There's a _____ in my walk" What are the missing lyrics from this song?

"There's a laugh in my eyes, there's a waltz in my walk". These are the opening lines from the song "It's You". This song is on Westlife's 2007 album "Back Home" and was written by Steve Mac and Wayne Hector.
Source: Author lynn-ann 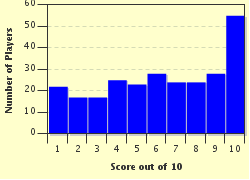 
Other Destinations
Explore Other Quizzes by lynn-ann