What Do You Know About Elvis Presley? Quiz

Elvis Aaron Presley was born on 8 January 1935 and is referred to as "The King of Rock and Roll" or just "The King". He is one of the most famous singers ever. So, let's see, What Do You Know About Elvis Presley?

Quiz Answer Key and Fun Facts
1. From where did Elvis get his Christian name?


Answer: It was his father's middle name

The name "Elvis" was his father's middle name. Elvis' father, Vernon Elvis Presley, was born in 1916 and his mother, Gladys Love Smith in 1912 and they married in 1933. Elvis's identical twin, Jesse, was stillborn.
2. What year was an Elvis recording first played on radio?

The first Elvis recording ever played on radio, in 1954, was "That's All Right". The B side was "Blue Moon of Kentucky." It was played on radio WHBQ by DJ Dewey Phillips, located in Memphis, USA. This recording brought widespread attention to Elvis, and the rest, of course, is history.
3. In 1956 Elvis had his first number one Billboard hit. What was the name of this song?

"Heartbreak Hotel" was released in 1956 on the RCA Victor label and was his first million single seller. It was also the best-selling single that year. On the US Billboard pop chart this song rose to number one where it stayed for eight weeks and it reached number two on the UK chart.

The song was inducted into the Grammy Hall of Fame in 1995 and "Rolling Stone" magazine included this song on the list of "500 Greatest Songs of All Time" in 2004.
4. Elvis only had five concerts outside the US. In what one country were these concerts all held?

In 1957 Elvis (and the Jordanaires) went on a three-day tour to Canada where they gave concerts in Toronto, Ottawa and Vancouver.
5. We all know that Elvis' manager was "Colonel" Tom Parker, who originally came from the Netherlands. Do you know what his real name was?

"Colonel" Thomas Andrew "Tom" Parker was born in 1909 and died in 1997. He entered the US illegally when he was 18 but then went back to the Netherlands. He returned to the US when he was 20 years old and worked in a carnival before enlisting in the US Army. However, he went AWOL and after spending time in solitary confinement he was discharged.
6. Where did Elvis' home, "Graceland" get its name?


Answer: The daughter of a previous owner was named Grace

The original owner of Graceland Farms was a Mr S C Toof, a commercial printer. The grounds were named after his daughter, Grace, who upon inheriting the property gave that part now known as "Graceland" to her niece and nephews. Her niece, Ruth, built the present mansion, "Graceland".
7. What is the name of the first movie made by Elvis, in 1956?

"Love Me Tender" was a black-and-white movie released in 1956 by 20th Century Fox. The film starred Richard Egan, Debra Paget and of course, Elvis Presley. This film was originally going to be called "The Reno Brothers".
8. Elvis gave a pink Cadillac to his mother. What was her problem with the car?


Answer: She did not have a driver's licence

Elvis gave his mother the second pink Cadillac he bought. The first one was destroyed when a brake lining caught fire. This second Cadillac was a 1955 Cadillac Fleetwood Series 60 and was originally blue with a black roof. However, he had it painted pink and he gave it to his mother. Unfortunately his mother, Gladys, never had a driver's license so it was always driven by Elvis in 1955 and 1956. Gladys always very proudly referred to it as "her" car. The Cadillac is on display at Graceland.
9. Where was the last concert ever given by Elvis?

The last concert given by Elvis was held on 26 June 1977 at the Market Square Arena, Indianapolis. He finished that concert with the song "Can't Help Falling in Love With You." The concert was attended by an estimated 18,000 people.
10. What was the date of Elvis' death?

Even after his death on 16 August 1977, Elvis' estate still earns millions of dollars every year and he quite often tops "Forbes Magazine"' list of the highest earning dead celebrities.
Source: Author wenray 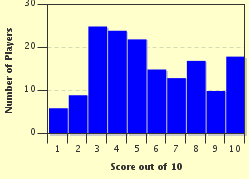