To quote the late Kenneth Williams in the film "Carry on Cleo", "Infamy, infamy, they've all got it in for me". So, with that in mind, here is a quiz about infamous and famous people who are/were named Charles or Charlie.

Quiz Answer Key and Fun Facts
1. Our first Charlie was born under the star sign of Gemini. For a rock star, he is fairly quiet by comparison. He is the drummer of a famous English band which was formed in London in 1962 and still tours to this day. You can gloat with satisfaction when you get this Charlie correct.

Born 2nd June 1941 in London, Charlie is the drummer of the Rolling Stones.
Compared to his other bandmates, Charlie Watts was the quiet one and, for the most part, has kept his private life out of the public eye. He has been married to his wife Shirley Ann Shepherd since 1964. His contemporary, Keith Moon of the Who, was quite the opposite of our Charlie.

Source: Wikipedia
2. Moving on to France for our next Charles, we find a decorated officer of the First World War. A staunch supporter of the French Resistance during the Second World War and who eventually became the 18th President of France.

Charles de Gaulle was the 18th President of France from 1959 until 1969.
De Gaulle played the key role in the creation of the "French Fifth Republic" which is still the Constitution of France.

Source: Wikipedia
3. Crossing the pond to the USA for our next Charles. This good looking bank robber, outlaw and subsequently murderer, was born in Georgia. He is most famous for the 1933 Kansas City Massacre, what is his name?

Pretty Boy Floyd was a notorious outlaw and had the distinction of being named as 'Public Enemy No. 1' by the FBI in 1934. Woody Guthrie romanticised Floyd's life when he penned "The Ballad of Pretty Boy Floyd" likening him to a modern day Robin Hood. Floyd was shot by police and FBI on 22nd April 1934.

Source: Wikipedia
4. We move to Italy for our next Charles who carried out an elaborate money making scam which bears his name. If you know the scheme, then you will know his name

Financial fraudster, Charles moved to North America to carry out his swindling scheme. It was quite simple really, he invited people to join an investment company and the oldest members were paid by the newest members' investment capital. Although this scheme is synonymous with Charles Ponzi, similar cons had been carried out previously. The book "The Man who Broke the Bank at Monte Carlo" by Charles Deville Wells tells a similar tale.

Source: Wikipedia
5. Staying in Europe for our next Charles who started life in Palermo, Sicily on August 25th 1902. His family moved to the US and eventually settled in Kansas City, Missouri. He ingratiated himself with the local Mafia boss, John Lazia, even to the extent of doing jail time for him. However, Lazia was gunned down in 1934 as he got out of the car which, incidentally, our Charles was driving. Who is this Charles?

Following the death of John Lazia in 1934, Charlie the Wop took over as Head of the Kansas City Mob. Five years later, however, like Al Capone, he was finally jailed for evading income taxes.

Source: Wikipedia
6. Roaming back to London to track down (pardon the pun) another Charlie. On August 8th, 1963, the Glasgow to London Royal Mail train was robbed of 2.6 million British Pounds. Our Charlie was part of the gang who carried out that robbery. Who is he?

Wilson acted as the treasurer for the gang and divvied out a share of the proceedings to all who participated. Other notable members of the gang included Ronnie Biggs and Buster Edwards - the latter being played by Phil Collins in the film "Buster" in 1988.

Source: Wikipedia
7. Our next infamous Charlie is found back in the USA although he was actually born in Sicily. Like an abundance of Sicilians during the early part of the 20th century, he and his family came to New York. As he grew up he became involved in illegal gambling and prospered selling alcohol during the prohibition years (1920-1933). Consider yourself fortunate if you get the name of this Charles.

Luciano later became involved in making money with prostitution during the 1930s. US Attorney, during that period, Thomas E Dewey, clamped down on organised crime and ordered brothels in the New York City areas of Brooklyn and Manhattan to be raided. Luciano was subsequently charged and jailed. He was eventually deported back to Italy and died in Naples in 1962.

Source: Wikipedia
8. Travelling over to my neck of the woods now, our next Charles is known the world over for his particular style of architecture and design. He attended the famous Glasgow School of Art and, along with his wife Margaret, designed the beautiful Hill House in Helensburgh, Dunbartonshire.

A member of the "Glasgow School" Charles Rennie Mackintosh was born in Glasgow in June 1868. He favoured the "modernist" idea rather than relying on traditional or historical influences. Another notable building designed my Mackintosh is the Scotland Street School in Glasgow which is now a popular museum.

Source: Wikipedia
9. A slightly different angle this time - I'll give you the Charles if you give me the ship he is associated with. Charles Darwin - and the ship is:

Charles Darwin, the English naturalist, geologist and writer is famous for "The Origin of the Species", "The Voyage of the Beagle" and "The Descent of Man".

Source: Wikipedia
10. Our last Charles is Charles Edward Stuart and while most associated with Scotland, was actually born in Italy. He is also known as "The Young Pretender" and "The Young Chevalier". Can you give me a third name for him?

Known for bringing about the Jacobite Rebellion in Scotland in in 1745.
The song "The Skye Boat Song" tells the story of his escape to Skye in 1746 after losing the Battle of Culloden. He dressed as a woman and was assisted by Jacobite sympathiser, Flora Macdonald. 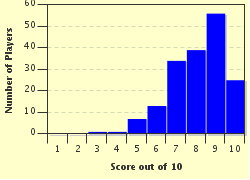 Related Quizzes
1. Charlie M Easier
2. Charlie, Chuck and Charles in Charge Easier
3. A Bunch of Clives Easier
4. Chuck, Charlie, or Chas Easier
5. Let's Go a "Carol"-ing: People, not Songs Easier
6. David: Beloved - And Famous Easier
7. Every Tom, Dick, and Harry: Dick Edition Easier
8. Are they a Daniel, Dan or Danny Very Easy
9. Who am I? D-A-V-I-D is the name of the game. Very Easy
10. Chris-Cross Easier
11. Who am I? C-H-A-R-L-E-S is the name of the game. Very Easy
12. Is it Christopher or Chris Easier


Other Destinations
Explore Other Quizzes by Glaschu