All these people have the surname Hall; just match them with the proper description.

Daryl (not "my other brother, Darryl") Hall formed a duo with John Oates, calling themselves Hall and Oates. With their roots in Philadelphia, they were one of the hottest groups of the late 1970s through the mid-1980s. Their sound was a blend of rock and roll with R&B. Daryl was usually the lead singer, with Oates singing back-up and playing guitar. Hall and Oates had six number one hits on the Billboard 100 chart: "Rich Girl", "Kiss on My List", "Private Eyes", "I Can't Go for That", "Maneater" and "Out of Touch".
2. Fashion model

Tall, glamorous, Texas fashion model Jerry Hall, born in 1956, has had quite a life. In 1977, Jerry had already appeared on the cover of 40 magazines, e.g., "Vogue" and "Cosmopolitan". In 1985, her autobiography "Tall Tales" was published. In 1990, she and Mick Jagger had an unofficial wedding ceremony in Indonesia which was later declared invalid.

Despite their marital status, Jerry and Mick had four children. Hall has also appeared in small roles in the films "Urban Cowboy" in 1980, and in the 1989 movie "Batman".

In 2005 she starred on a TV reality series called "Kept"; in 2010 her autobiography, "Jerry Hall: My Life in Pictures", was released. In 2016, she married media mogul, Rupert Murdoch.
3. Physicist developed laser spectroscopy

You may not have heard of Dr. John Lewis "Jan" Hall, a physicist born in Denver, Colorado in 1934. In 2005, he shared the Nobel Prize for physics with Theodore Hansch for their work on laser spectroscopy and the "optical frequency comb technique" which is a tool for measuring different frequencies of light.

He is the recipient of the Optical Society of America's Max Born Award (translation: the Academy Award for nerds) for providing "dramatic advances in optical frequency metrology".
4. "Dexter"

When we first met Michael C. Hall, he was playing the part of David Fisher, one of the owners of a funeral home in Los Angeles, California. The show was "Six Feet Under" and ran from 2001 to 2005. He has since gone to a "meatier" role, i.e., that of Dexter Morgan, a blood-splatter expert on "Dexter" (2006-2013). On the show, not only does Dexter help solve murders, he also commits them. But, for a serial killer, he's not too bad...he only kills those who deserve it!
5. Established the concept of child psychology

Granville Stanley Hall (1844-1924) was an educator and psychologist. Hall began his career as a teacher of English and philosophy. He went on to become the
first American to receive a Ph.D in psychology. Hall was the founder of the "American Journal of Psychology" in 1887, and was chosen as the first president of the American Psychological Association in 1892. His pioneering work in child psychology and educational psychology influenced two of the greatest minds of the time, i.e., Freud and Darwin who, in turn, helped influence his work.
6. Moby

You may not recognize the name Richard Melville Hall, but you may have heard of him by his stage name, Moby. Moby is a singer and song-writer of electronic music, who became popular in the 1990s. His great-great-great-great uncle was actually Herman Melville, author of "Moby Dick" (a whale of a tale). Richard's parents decided to give him the nickname Moby, after his relative's eponymous character.

It was with Moby's fifth studio album "Play", in 1999, where he first gained international fame. He continues to produce albums like 2016's "These Systems Are Failing", which he recorded under the name Moby & The Void Pacific Choir.
7. Stand-up comedian and TV show host

Arsenio Hall was originally a stand-up comic who first came to prominence in the Eddie Murphy 1988 film "Coming to America". In the movie, Arsenio played several different roles, i.e., Semmi/Extremely Ugly Girl/Morris/Reverend Brown. In 1989 he became host of the late night talk show, appropriately titled "The Arsenio Hall Show", which ran until 1994 and (for some reason) was revived in 2013.

A major figure during the Harlem Renaissance, singer Adelaide Hall (1901-1993) was born in Brooklyn, New York. She moved to the United Kingdom early on, as a jazz singer and chanteuse, with a career which spanned eight decades. In 2003, she made "The Guinness Book of Records, based on her longevity as a recording artist. She performed with a "Who's Who" of jazz artists, including Art Tatum, Josephine Baker, Louis Armstrong and Lena Horne. Adelaide also recorded with Duke Ellington in "Creole Love Call" in 1927.
9. Chef

Carla Hall was born in Nashville, Tennessee in 1964. She starred as a contestant on Bravo TV's "Top Chef", and was a finalist on two different seasons. She also co-hosted the daily TV program "The Chew", a play-on-words based on the daytime chat fest, "The View". "The Chew", a program for 'foodies', won a Daytime Emmy Award in 2015. Hall is also the author of "Cooking with Love: Comfort Food that Hugs You", and "The Chew: What's for Dinner?" both published in 2012.
10. Film maker

British actor and director Peter Hall was born in Suffolk, England in 1930. As a theater director, in 1955 he was the first to put on Samuel Beckett's play, "Waiting for Godot", in London, England. He founded the Royal Shakespeare Company (1960-1968).

A staunch advocate for public funding for the arts, Peter was Director of the National Theater. He founded the Peter Hall Company and was founding director of the Rose Theater in 2003. Hall has authored books which include "The Necessary Theater" in 1999 and "Exposed by the Mask" in 2000.

In addition to all this, he won Tony Awards for "The Homecoming" and "Amadeus".
Source: Author nyirene330 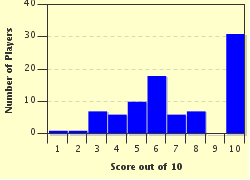