We all know that Michael Jackson has a wonderful menagerie of animals, but others before him also had their favourite pets. Can you match pet and person?

Share on Facebook
Share on Twitter
Share by E-Mail
Author
kittyconner
Time
5 mins
Type
Multiple Choice
Quiz #
96,127
Updated
Dec 03 21
# Qns
10
Difficulty
Difficult
Avg Score
5 / 10
Plays
818
This quiz has 2 formats: you can play it as a or as shown below.
Scroll down to the bottom for the answer key.

When Lord Byron went to Cambridge, he was told dogs were not allowed, so he kept a bear instead!
2. Florence Nightingale?

She kept the owl in her pocket even during the Crimean War.
3. George Orwell?

The cat's name, of course, was Foss and when Edward Lear moved to Italy, he had the new house built as a replica of his old home so Foss would not be disorientated.
5. Robert Burns?

'Poor Mailie' was the ewe's name and Robert Burns wrote two poems in her honour, one was written after her death and entitled 'Poor Mailie's Elergy.'
6. Sir Ralph Richardson?

Even in his 70s, Sir Ralph would ride his motorcycle with Jose on his shoulder and he often took his ferret and mouse to the theatre with him.
7. Alfred Lord Tennyson?

His pony was both pet and a working animal for the poet's wife was confined to a wheelchair and the pony would often be used to pull her along.
8. Lord Baden Powell?

A hyrax is a small furry herbivore native to Africa (I didn't know either until I looked it up).
9. Henrik Ibsen?

Apparently he kept the scorpion on his desk while he worked.
10. Robert Louis Stevenson?

The donkey had the name Modestine.
Source: Author kittyconner 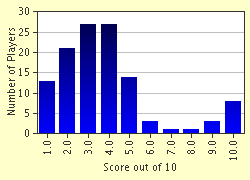 Related Quizzes
1. Celebrity Cats Average
2. Furry Persons and Their Human Companions Average
3. Owners of Famous People - A Cat's Eye View Easier
4. Unlikely Meetings by Heroes and Horses Average
5. Pets of the Rich and Famous Difficult
6. Famous People and Their Beloved Cats Average
7. Who was my Owner? Average
8. Literary Dog Owners Average
9. Extraordinary People and Events Difficult
10. Square One Very Easy
11. The Manic Street Preachers Sang About Them Average
12. They Oughta Name a Drink After You Average