See if you can identify these scientific heroes from the past. Without people like these we would all still be living in caves and eating berries.

Quiz Answer Key and Fun Facts
1. Born in Scarborough, England in 1773. Known as 'the inventor of the science of flight'. His works allowed the first person in all of history to fly in a heavier than air machine. Who was he?

In 1849, a small boy whose name is not known, flew in a glider which Cayley designed, thus being the first person in all of history to fly in a heavier than air machine.
2. Born in 1643. He invented calculus, pioneered the field of optics, and investigated philosophy. However, he is probably more well known for his groundbreaking work, Philosophiae Naturalis Principia Mathematica. Who was he?

Newton was born on 25 December 1642 (Julian Calendar) which corresponds to 4 January 1643 in the Gregorian Calendar.
3. Born in Scotland in 1847 and educated in Edinburgh and London, he was the first person to transmit speech from one point to another by electrical means. Among many other things he set up a school for teachers of the deaf in Boston, USA. Who was he?

4. He built the first successful steam locomotive. In 1821, he was appointed engineer of the Stockton and Darlington Railway, the world's first public railway. He was awarded a prize for his locomotive called 'Rocket. Who was he?

5. Born in Portsmouth, 9th April 1806. He was an engineer, designer and builder of bridges, tunnels, railways and steamships. In addition to many tunnels and bridges, he built the railway from London to Bristol and three ships that were each a first of their kind. Who was he?

In 1858 Brunel built the Great Eastern which was designed to make a round trip to Australia without being recoaled. This ship is best remembered as the ship that laid the first successful telegraph cable across the Atlantic Ocean.
Source: Author smiff 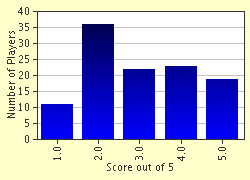 
Other Destinations
Explore Other Quizzes by smiff