Socrates once said, "An unexamined life is not worth living". What do you know about the life of one of the greatest thinkers the world has ever known?

Quiz Answer Key and Fun Facts
1. In what city-state was Socrates born?

Socrates was born in 469 B.C. and was a major contributor to the period in history known as the Golden Age of Athens. His father, Sophroniscus, was a stonemason, and his mother, Phaenarete, was a midwife.
2. Socrates married a much younger woman. What was her name?

Some sources say that Xanthippe might have been as much as forty years younger than Socrates. Together they had three sons, Lamprocles, Sophroniscus, and Menexenus. There is evidence that one of his friends believed that Socrates should flee the city rather than choose the hemlock because he would not have to leave his family behind that way. Xanthippe is portrayed as a devoted wife and mother, although one source quotes Socrates as saying she was "the hardest to get along with of all the women there are." The quote is a bit misleading, however, because Socrates also said that he enjoyed her argumentative spirit.
3. How did Socrates earn a living to support his family?


Answer: He did not work.

This is an aspect of Socrates'life that remains unclear. Most texts indicate that he only devoted himself to what he regarded as the most important occupation and that was discussing philosophy. He believed that taking money for teaching was unethical.

It appears that he lived in poverty all his life, perhaps accepting money from his rich and powerful friends when necessary. He was often criticized for his appearance and life-style. There is an ancient tradition that states he made the statues of the Three Graces which stood near the Acropolis, but it has never been substantiated.
4. Socrates viewed himself as what type of animal?

Socrates made some enemies in his polis by pointing out moral deficiencies and criticizing social behavior. He was like a gadfly; in a quote from one of his students, "as a gadfly stings the horse into action, so Socrates stung..." He was disturbed that many people believed "might made right", and did not hesitate to point out anyone's shortcomings.

This might explain why the members of the jury seemed unwilling to be flexible in their judgement; how many of them were victims of his stingings?
5. Accounts of Socrates life have recorded his valour in battle.

All of the men of his polis were expected to serve in the military when necessary. He served in the army during three campaigns, and his former student, Alcibiades, said that Socrates saved his life at the battle of Potidaea. One of the generals also mentioned exceptional service from Socrates at Delium. His fellow soldiers remembered his heroism and ability to withstand cold.
6. Which of the following sayings by Socrates was inscribed on the temple of Apollo at Delphi?

"Know Thyself" was the theme of all of Socrates' teachings, and the basis of the Socratic Method. To help a person or group to determine their underlying beliefs, a series of questions are asked. This helped his students explore their values and beliefs and decide if they were valid.
7. In the Socrates paradoxes, what does Socrates say is "knowledge", and "sufficient for happiness"?

The reason that many of the beliefs associated with Socrates are called paradoxical is because they seem to conflict with common sense. Two of the paradoxes emphasize the importance of virtue. Obviously, Socrates saw no need for wealth; he believed self-development was the best way for people to live.

He stressed that "virtue was the most valuable of all possessions; the ideal life was spent in search of the Good." He believed that the job of the philosopher was to show people how little they really know; of course, people are mostly offended by that!
8. At the trial of Socrates, there was a list of charges that included which of the following?

The charges brought against Socrates were corrupting the young, and impiety, or not believing in the gods of the state. The charge of corrupting the young, might have been connected to the fact that his former student, Alcibiades, was a traitor to the polis, by becoming a bit chummy with Sparta during the beginning of the Peloponnesian War. If Socrates had been a better teacher, would his student do such a thing? In addition, it was rumored that before Alciabiades left Athens, he defaced the statue of Hermes and made fun of sacred rituals. Perhaps that is why Socrates was charged with impiety.
9. After Socrates was found guilty at his trial, he was given the opportunity to propose his own punishment. What did he suggest?


Answer: He should be given a government wage, and free meals for life.

This is Socrates the Gadfly at his best! Rather than proposing something that the jury could actually live with, he insulted them by insinuating that he was owed something for his service to the polis. In his own defense, he told the jury that he was better off dead, and that he wanted to avoid the problems associated with old age.

His friends wanted to bribe the guards, and help him flee the city; Socrates said that would show a fear of death which philosophers do not have.
10. Because Socrates did not leave behind any writings, his students and contemporaries are the best source of information about him. Which of his students is viewed as the best source of information about Socrates?

The works of Plato, Aristotle, Xenophon, and Aristophanes provide most of the information available about Socrates. It is important to remember that each of these people had their own ideas about the way Socrates should be portrayed; many say that Plato's accounts are more informative, but they may put Socrates on a high pedestal since he greatly admired his teacher. Xenophon was more of a historian, and perhaps more reliable in his accounts.
Source: Author ponycargirl 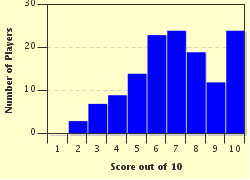