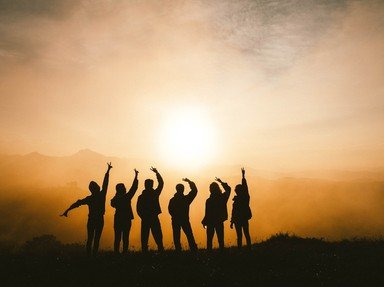 Susan B. Anthony was put on trial for daring to vote 50 years before all women were allowed to vote. This quiz covers aspects of her trial in New York.

Quiz Answer Key and Fun Facts
1. Susan B. Anthony spent her adult life fighting for women's right to vote. She died in 1906, 14 years before women were finally granted the right to vote with the passage of which Constitutional amendment?

The 19th Amendment was ratified in 1920, 100 years and 6 months after Susan B. Anthony's birth. Before ratification, it was legal for a woman to vote in only one state - Wyoming. On December 11, 1869, the Wyoming legislature passed a law allowing women to vote in all elections.
2. Despite living in Rochester, New York and not being allowed to vote, Susan B. Anthony did vote. She and the election officials that allowed her to vote in the 1872 election were arrested and put on trial. How many other women were arrested for voting with her?

Fourteen other women were arrested in Rochester, New York for voting in the 1872 presidential election.
3. When she voted in the 1872 elections, what did Susan B. Anthony claim as the basis for her having the right to vote?

In "An Account of the Proceedings on the Trial of Susan B. Anthony", she claimed the right to vote was based on the 14th Amendment which prohibited states from passing or enforcing any laws that infringed on a citizen's rights.
4. Susan B. Anthony was denied her right to trial by jury for voting in the 1872 elections.

The judge never allowed the jury to deliberate and dismissed them. He then ordered Anthony be found guilty - a clear violation of her 6th Amendment right to trial by jury.
5. Why did Susan B. Anthony object to the 15th Amendment of the US Constitution?


Answer: It only protected the right to vote based on race and color, not gender.

The 15th Amendment says "The right of citizens of the United States to vote shall not be denied or abridged by the United States or by any state on account of race, color, or previous condition of servitude." Women were not included.
6. Susan B. Anthony was fined $100. What is a reason she refused to pay it?


Answer: Women had no representation in government

In her final statement to the judge, Susan B. Anthony said she would not pay the fine as long as she lived because it was an unjust punishment since women had no right to vote and therefore had no representation.
7. What happened to the election officials who allowed Susan B. Anthony and 13 other women to vote?


Answer: They were found guilty and fined $25

Beverley W. Jones, Edwin T. Marsh, and William B. Hall were all convicted for registering and allowing the women to vote. They were fined $25 plus court costs.
8. Among the 14 women who voted alongside Susan B. Anthony, how many were indicted for illegally voting?

Susan B. Anthony's first and only vote was cast on November 5, 1872. During her lifetime, only the state of Wyoming gave women the right to vote (beginning in 1870).
10. Susan B. Anthony's trial was moved from Rochester to Canadaigua, New York after the prosecutor requested a change of venue. What was the prosecutor's reason for requesting the change?


Answer: He thought Rochester would be sympathetic to Anthony

The trial was moved to Canadaigua, and finally began on June 17th, 1873. The prosecutor was U.S. District Attorney Richard Crowley, Anthony's lawyers were Judge Henry Sheldon and John Van Voorhis, Esq., and was presided over by Judge Ward Hunt.
Source: Author AlexT781 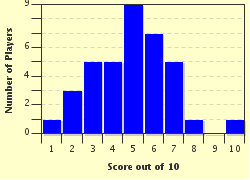 Each quiz is about historical events, people, or places.


Other Destinations
Explore Other Quizzes by AlexT781