The Royal House of Lancaster was not destined to be on the throne of England. But after a squabble with the previous King, the first Lancastrian King invaded England and took the crown by force.

Quiz Answer Key and Fun Facts
1. Who was the first Lancastrian king?

Henry IV was born on 30 May 1366 in Bolingbrooke Castle, Lincolnshire, England.
2. The House of Lancaster was descended from Edward III and Princess Philippa d'Oisy of Hainault and Holland. Together, they had many sons. Which one founded the Lancastrian Line?

Throughout his life, he was a regent for his nephew the child king and even pressed a claim as the King of Castile through his second wife, when her father died without a male heir. John of Gaunt died on 3 Feb 1399 in Lincolnshire, England.
3. Which Plantagenet king did Henry IV depose when he became King of England?

Richard II was born on 6 Jan 1367 in Bordeaux, France to Prince Edward Plantagenet of Wales, the Black Prince and Countess Joan Plantagenet of Kent. Richard was a second son and was not expected to inherit the throne. After the death of his brother, his father and finally his grandfather, Edward III , it was Richard who inherited the throne.

He married twice, firstly to Princess Anne of Bohemia on 30 Jan 1382 in St Stephen's Cathedral, Westminster Palace, London, England and secondly to Princess Isabella de Valois of France, the daughter of King Charles VI the Beloved de Valois of France and Princess Isabella Wittelsbach of Bavaria, on 1 Nov 1396 in St Nicholas' Church, Calais, France.
4. Richard had banished Henry's father and upon his death, confiscated the duchy of Lancaster.

Richard had in fact banished Henry and Thomas Mowbray. It was upon John of Gaunt's death that Richard extended Henry's exile to life and confiscated the total of Henry's inheritance.
5. What was the relationship between Richard II and Henry IV?

Richard II's father was Prince Edward Plantagenet of Wales, the Black Prince and Henry IV's father was Duke John of Gaunt Plantagenet of Lancaster. Both were sons of Edward III and Princess Philippa de Hainault of Holland.
6. Henry IV was married twice. Who was his first wife?

Lady Mary de Bohun (usually pronounced 'boon') of Hereford was born in 1370. They were married on 27 July 1381 in Arundel Castle, Sussex, England. Together they had seven children: five sons and two daughters. Lady Mary died on 4 June 1394 in Peterborough Castle, Cambridgeshire, while giving birth to a daughter, Philippa, who later married the furture King of Denmark.
7. Henry IV was married twice. Who was his second wife?

Princess Joanna d'Evreux of Navarre was born in 1368 in Navarre, Spain to King Charles II the Bad d'Evreux of Navarre and Princess Jeanne de Valois of France. She was first married to Duke John de Bourgogne IV Capet of Bourgogne on 11 Sep 1386 in Navarre, Spain. After his death on 1 Nov 1399, she married Henry IV on 7 Feb 1403.
His first wife was Mary de Bohun (married in 1381 until her death in 1394).
8. Princess Joanna d'Everux of Navarre was tried and convicted of which crime?

Although she was tried and convicted of witchcraft in her adopted country of England, she escaped the penalty of being burnt at the stake and died quietly on 10 June 1437 in Havering-atte-Bower, Essex, England.
9. Henry IV was succeeded by his eldest son.

Henry IV and Princess Mary de Bohun of Hereford had an elder son, Prince Edward Lancaster of England. Born in 1382, he died the same year. His younger brother, the future Henry V, was born five years later.
10. Henry V was married to whom?

Princess Catherine de Valois of France was born on 27 Oct 1401 in Hotel de St Pol, Paris, France to King Charles VI the Beloved de Valois of France and Princess Isabella Wittelsbach of Bavaria. She was married to Henry V on 2 Jun 1420 in Troyes Cathedral, France.
11. English monarchs since Edward III tried to claim France through Princess Isabella Capet of France. Henry V struck quite a deal with the French King. What was the name of this Treaty?


Answer: The Treaty of Troyes

Charles VI the Beloved de Valois of France did not have all of his lights on upstairs. With constant threats of English invasion, Charles VI negotiated a treaty with Henry V, whereby Henry V would become the King of France upon Charles' death. To cement this treaty, Henry V married Charles VI's daughter, the Princess Catherine.
12. The treaty between Charles VI de Valois of France and Henry V did not please the French people at all. Armed forces all over France rose up to defeat the England invasion. Who was the 'Messenger of God' who led the armies of France?

Henry V Lancaster of England died on 31 Aug 1422 in Blois-de-Vincennes, France. Charles VI the Beloved de Valois of France died on 22 Oct 1422 in Paris, France. If Henry V had lasted a few more months, he would have been successfully crowned as the King of France.
14. Was Henry VI the only child of his parents' marriage?

Henry VI's father died when he was quite young and was an only child within his parents' marriage. His mother, Queen Catherine, later married Owen Tudor and they became the ancestors of the Tudor dynasty.
15. How old was Henry VI when he became king?

Henry VI was a mere nine months when his father died and he was crowned king. Henry VI was born on 6 Dec 1421 in Windsor Castle, Berkshire, England. Henry V died on 31 Aug 1422 in Blois-de-Vincennes, France.
16. King Henry VI ruled twice.

Henry VI ruled from 1422 to 1461 and then 1470 to 1471. The House of Lancaster was believed to have ursurped the throne from a better claimant. Duke Lionel of Antwerp Plantagenet of Clarence was the second son of King Edward III Plantagenet of England. Clarence married Countess Elizabeth de Burgh of Ulster and had a daughter, Countess Philippa Plantagenet of Ulster.

According to Rules of Succession, an elder son has a greater claim then a younger son, the same with children of the eldest and so on. Duke John of Gaunt Plantagenet of Lancaster was the third son. Therefore, some believed that Countess Philippa had a greater claim. Also the children of Duke Edmund of Langley Plantagenet of York believed if their cousins could supercede the succsession rights, so could they. The House of York deposed Henry VI and placed their Edward IV York on the throne.

However, in 1460 the Lancasters fought back and recovered the throne for a few months before the Yorks regrouped and avidly defeated the Lancasters in 1471.
17. What was the relationship between Henry VI and Edward IV?

Henry VI was crowned King of France on 16 December 1431 in Notre Dame Cathedral, Paris, France. He was the only English monarch to be officially crowned as the King of France.
19. Where was the only son of Henry VI and Princess Margaret d'Anjou of Sicily born?

Prince Edward of Westminster Lancaster of England was born on 13 Oct 1453 at the Palace of Westminster, London, England. He was married to Anne Neville on 13 Dec 1470 in Chateau d'Amboise, France. The Prince of Wales was murdered during the Battle of Tewkesbury, Gloucester, England. His wife went on to marry King Richard III York of England.
20. Where was Henry VI murdered?

The last Lancastrian king was murdered in the Tower of London, after being deposed for a second time in 21 May 1471.
Source: Author jessica83 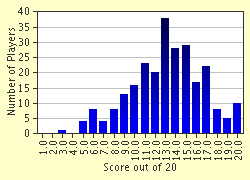 
Other Destinations
Explore Other Quizzes by jessica83