You Have The Right to Remain Quiz

In 16th century Sicily, the people were besieged by other powers, and learned not to trust even their own governments. Thus the code of absolute silence, 'humility': a man takes care of his own problems.

Quiz Answer Key and Fun Facts
1. He was not your average Joe. He belonged to the Chicago syndicate, but was caught by the F.B.I. in 1983. What was his name?

Ken Eto was known as 'Tokyo Joe'. He was a Japanese-American who, with his family, was interred during WWII. Ken was born in 1919, and moved to Chicago after the war. He was involved with illegal gambling and joined up with the Outfit crime syndicate. By 1983 the Feds had caught up with him. A hit was put out on Ken after his capture by the Feds, and he narrowly escaped when two hit men shot him in the head; the three bullets meant to kill him only grazed his skull.

The failed attempt was made an example as the two men were later found strangled to death in the trunk of a car. Realizing that the mob would never stop gunning for him, Ken ratted them out for some privileges: Witness Protection and a new life.

It is estimated that at least 15 convictions were obtained from his information.

He died in 2004 in Georgia.
2. After his conviction for seven murders, Joseph 'The Ear' broke the code of silence in 2004. What was his full name?

To avoid the death penalty, this Joe was the first official Mafia boss to co-operate with federal authorities. He wore a wire during conversations with one of his minions and implicated many former associates. He also revealed the location of an infamous graveyard used by the mob. In 2005 he was sentenced to life imprisonment.
3. This Joe was the first to publically admit the existence of the American Mafia. He also published his memoirs. What was the book called?

As a soldier for the Lucchese and Genovese families, convicted mobster Joe Valachi broke silence in 1963. He gave detailed information about the organization, structure and customs of the mob. He had committed a murder while in prison, and sought to avoid the death penalty. Joe died in prison in 1971. There was still a $100,000 bounty on his head from the Mafia.
4. Joseph 'The Animal' was known as a vicious killer and savage hit man, once supposedly chewing off the ear of another man. What was this Boston mobster's full name?

Joseph Barboza was not Italian, but was born to Portuguese parents in Massachusetts in 1932. He was allied with the Patriarca family in New England. Joe was credited with seven murders and privately boasted of 29, but they were never proved. He was imprisoned for murder in 1967 and broke the Omerta code by testifying against many former associates.

It was learned later that he made up some of the 'facts' he gave, but he was known as a vengeful man. He may have been set up by the mob who did not care for his flamboyant and degrading behavior in public. Joe served time for murder in California and was gunned down in San Francisco in 1976.
5. What was the last name of Abe 'Kid Twist', another mob snitch?

Abe was one of the founding fathers of Murder, Inc., and his favorite method of execution was jamming an ice pick through the victim's ear. Abe was born in Brooklyn, NY, in 1906 and belonged to the enforcement unit of the National Crime Syndicate. He had a reputation as a brutal antagonist and for holding grudges.

In 1940, after his arrest for several murders, Abe broke silence and turned in several accomplices; they were all executed. In 1941, Abe mysteriously 'fell' to his death from a hotel window in Coney Island, NY.
6. This gangster was a drug lord in Harlem, NY, in the late 1960s and early 70s. Whose story was the basis for the film "American Gangster"?

Frank was immensely wealthy and powerful while running drugs in Harlem. When he was convicted in 1975 and sentenced to 70 years, he spilled the beans on his own family members, mob connections and corrupt cops. Frank got a reduced sentence and served only five years; he was later convicted again and served another seven years. On his return to Harlem, he saw the devastation there and made some amends for his contribution to the disorder. The film "American Gangster" has been harshly criticized for being '1% true and 99% Hollywood', making Lucas out to be better than he was, and the authorities worse.
7. This man was born in Brooklyn, NY, in 1943 and provided inspiration for the book "Wiseguy", and the film "Goodfellas". What was his name?

Henry Hill started his life of crime early and was heavily involved with the Lucchesi family in New York. He was instrumental in setting up several robberies, one of which was the 1967 theft of $420,000 in cash from an Air France terminal at JFK airport, and another heftier haul from the Lufthansa terminal in 1978.

In 1980, Hill was arrested for drug trafficking, and came clean to the authorities because he was paranoid that there was a hit out on him. His information led to about 50 convictions.

He was placed in the Witness Protection Program but was ousted in the 1990s for reverting to his criminal career.
8. Tommaso was born in Sicily in 1928 and worked there for the Mafia as a teenager. What was his last name?

When he moved to the U.S., Tommaso was associated with the Gambino family. In 1963 he was arrested for a murder he had committed in Italy and was deported to serve time there. Tommaso made a name for himself when he exposed mob members in the U.S. and Italy as well as corrupt Italian politicians, and was placed in Witness Protection. He died in New York in 2000.
9. Born in New York, this man became involved with the Medellin drug cartel in the 1970s via his Colombian wife and her family and friends. What was his name?

Max was born in 1942. He was a mechanical engineer and a genius at planning and scheduling. He soon turned to a more profitable life of drug running and by 1985, when he was apprehended, had smuggled about $12.5 billion dollars worth of cocaine into the U.S.

He made a deal and sang to the authorities in return for Witness Protection for himself and 16 family members. Max was instrumental in bringing down Pablo Escobar's empire, and was sought by the drug lord until Escobar's death in 1993. Max himself lived until 2008.
10. This man bullied his way into the Gambino and Colombo families in the 1960s and 70s, and rose in the ranks as a hit man. What was his name?

Known as "Sammy the Bull", Gravano became an underboss in the 1980s with the
sponsorship of John Gotti, kingpin of the Gambino family. Both men were arrested at their regular watering hole, the Ravenite Social Club, in Little Italy, NY.
Gravano soon traded information on the 'Teflon Don' for a reduced sentence. He later entered Witness Protection, had plastic surgery and moved to Arizona. In the end he went back to his life of crime and has been serving a 19 year sentence for trafficking in 'ecstasy', using his wife and children as associates.
Source: Author alexis722 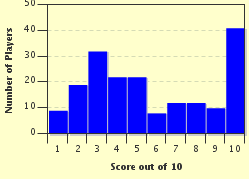