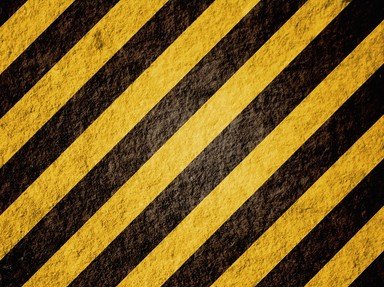 The world of weather and natural disasters can be quite frightening, but it's through measured analysis that we can determine our level of safety. Match the provided hazard scale with what it's used to measure. Good luck!
This is a renovated/adopted version of an old quiz by author spedboy_23

Invented by Royal Navy officer Francis Beaufort in the early nineteenth century, the Beaufort Scale was made with the intent to describe wind conditions when held against larger ships, but it has since become a useful tool for weather in general as it evolved to describe sea conditions as well.

The scale ranges from 0, effectively calm waters with no significant wind, to 12, which represents hurricane forces. There is no definitive way to calculate all of these values; some of their criteria, like sea and land conditions resulting from wind speed, are based purely off subjective observation.
2. The Saffir-Simpson Scale

If your hurricane surpasses the intensity of a tropical storm it will be tracked on the Saffir-Simpson Scale, provided it's in the Western Hemisphere. Though it is a wind scale, not unlike Beaufort, it divides between five categories based on a single minute of sustained windspeed. A Category 1 Hurricane, for instance, hits winds of 74-95 mph while a Category 5 Hurricane hits higher than 157 mph. Lower than a Cat 1 would be a tropical storm, and lower than that would be a tropical depression. The Saffir-Simpson Scale was created in the early 1970s by Saffir and Simpson, the latter working as Director of the U.S. National Hurricane Center (NHC).

The Western Pacific (west of the International Date Line) tracks these storms via the Tropical Cyclone Intensity Scale in Japan and there are further separate scales in India and Australia.
3. The Enhanced Fujita Scale

While the Fujita Scale was devised in the 1970s to rate the intensity of tornadoes based on their general speeds, it was surpassed in 2007, at least in the United States, by the Enhanced Fujita Scale which was subsequently adopted in other countries as well. On the EF-Scale, tornadoes between 65-85 mph are categorized as EF0 while 200 mph reach EF5 (that's over 322 km/h!).

An International Fujita Scale is also used in Europe, accounting for the tracking of damage to buildings constructed there.
4. The Modified Mercalli Scale

Though Giuseppe Mercalli created his namesake scale in 1883 to determine the intensity of an earthquake, his original scale only had six levels. The Modified version of his scale was developed over the course of the next decades by several people to better extrapolate on the severity of these natural events. One of the later versions of this, established in the mid-1950s, was modified by Charles Francis Richter himself alongside what would become the Richter Scale.

The Modified Mercalli Scale ranges from a Level I earthquake (which isn't really felt) to a Level XII earthquake in which damage is absolute.
5. A pluviograph

A pluviograph's purpose is simple-- it collects rainwater to determine the depth of rainfall in a given area. This being said, it's a simple item that creates a multitude of data since a more thorough rain gauge can also measure the intensity at which the rain falls. While this seems like it would be a key item for use in day-to-day meteorology, it's also quite useful for measurement of hazards since heavy rain can lead to flooding when water volume hits a certain threshold.

The name pluviograph comes from the Latin 'pluvius', which means 'rain'.
6. The Douglas Sea Scale

Created by the hydrographer of the Royal Navy in the early 1920s, Sir Percy Douglas, the scale to which he gives his name was made with the intent to measure swells and wave heights at sea, allowing sailors to have accurate understanding of the roughness of water along their travels.

There are two measurements that are taken-- the state of the sea is one (referring to the placidity or intensity of the water's surface) and the swell is the other (referring to the waves themselves). Both of these are rated from 0 to 9 with 0 indicating calmness and 9 indicating phenomenal severity.
7. The Miller Classification

Ah yes, the ol' Nor'easter is created when warm air from the Gulf of Mexico collides with cold air from the North Atlantic as it passes over Canada and the northeastern United States. What results is a cyclonic low pressure storm that passes over that specific stretch of North America, generally causing strong winter storms that blanket the region with blizzard conditions.

Made alongside the Palermo Technical Impact Hazard Scale, which accounts for pretty much the same concern, the Torino Scale was created specifically to determine the probability of a near-Earth object breaking through the atmosphere and colliding with the planet with a 0 indicating that there is no chance of collision and a 10 indicating that something is going to hit on a catastrophic scale. In Earth's history, there have been 10-rated collisions, but not in the history of mankind.

The Torino Scale was formalized in 2005, but it was first introduced in Torino, Italy a decade earlier.
9. The SPIA Index

The SPIA Index, or the Sperry-Piltz Ice Accumulation Index, is perhaps the most recent of those in this quiz, having been created in 2007 in Middle America. The index tracks precipitation, wind, and temperature, all of which have significant impact on winter storms and, with these data points, the SPIA can help determine damage that can be done by ice to foresee and prevent damage to infrastructure.

A 0 on the index suggest next to no ice or damage; a 5 on the index would indicate critical infrastructure damage and, likely, long-lasting outages of utilities.
10. The Richter Scale

Where the Richter Magnitude Scale differs from the Modified Mercalli Scale is that the Richter Scale measures seismic activity from the physics viewpoint. Seismic waves, from whatever source, are measured to determine a magnitude between 1.0 and 9.0+ (the higher it is, the worse it is) and indicate the severity of the quake. On the Mercalli Scale, the intensity of the earthquake is determined by observable damage and effect. Richter did, interestingly, have a say in the creation of both scales, each formally used.

His namesake scale was created in 1935 and is, along with Mercalli, considered international standard.
Source: Author kyleisalive