The Science of Fog Trivia Quiz

Fog has always been intriguing to me. Just what is it? And what kind of weather conditions cause it? There are six types of fog. I'll describe a type and you tell me what it is. This will be multiple choice of course!

Quiz Answer Key and Fun Facts
1. This type of fog does not extend to the base of any overhead clouds. It is also used to describe radiation fog.

This is the kind of fog that can keep an airplane suspended in the air or grounded due to lack of visibility. It is extremely thick, and is very common in the central U.S.
3. This kind of fog is found in the mountains. Humid air is pushed up to make fog.

Upslope fog is a very common fog in the Rockies. This one was kind of a dead giveaway. :-)
4. This kind of fog is formed by cold air passing over warmer water.

I swear we had that kind of fog here around me tonight! This is the kind of fog that you see over the ocean or a lake. This kind of fog is also referred to as evaporation fog.
5. This is the most common fog that we find after a storm. Once the rain evaporates, the added vapor increases in the air, so that the vapor condenses to form the fog.

I hope you enjoyed my short little quiz on fog!
Source: Author draculanut31 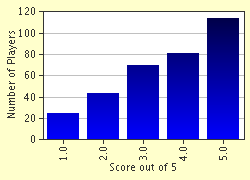 
Other Destinations
Explore Other Quizzes by draculanut31